Home » Attack on drug companies at hearings into AIDS 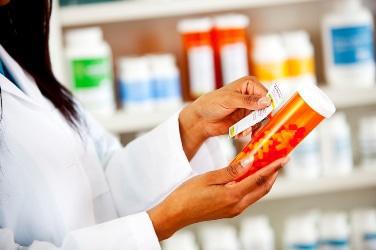 What was supposed to be hearings by parliament’s health portfolio committee into finding solutions to South Africa’s high number of HIV infections, turned into an attack on the pharmaceutical industry this week. But with good reason

What was supposed to be hearings by parliament’s health portfolio committee into finding solutions to South Africa’s high number of HIV infections, turned into an attack on the pharmaceutical industry this week. But with good reason.

It was revealed to the committee, for the first time, that the pharmaceutical industry’s global market share amounts to about 406 Billion US Dollars with one anti-AIDS drug such as Combivir’s (AZT and 3TC) total sales amounting to U$589-million last year alone. This amount covered the research and development costs of the drug two and a half times in just one year.

Central to the attacks on the industry this week, by among others the Treatment Action Campaign (TAC), Medecins Sans Frontieres (MSF) and the Department of Health, is the issue of making anti-retroviral drugs, and some other drugs used for treating opportunistic infections, affordable.

A person living with HIV/AIDS has to fork out in excess of R4 000 per month for combination therapy, while the lower dosages for a child amount for more than R2 000.

TAC spokesperson, Zackie Achmat, who is living with HIV told the committee how he was forced to pay over R5 000 to treat a severe case of thrush, while he was able to illegally import a generic from Thailand for about R400.

Toby Kasper, coordinator of MSF’s Access to Essential Medicines Campaign in SA, for the first time supplied the figures to back up persistent claims that drugs were “big business”.

“The pharmaceutical industry can afford to not sell any drugs in South Africa and it will hardly affect them at all,” said Kasper. This was backed up by the fact that Africa represented less than one percent of the global market.

“So much profit is being made. It is hypocritical that more needs to be made out of developing countries despite the crisis and havoc wreaked by this epidemic.

“We are asking for essential drugs that keep people alive, not lifestyle drugs such as Viagra,” Kasper said.

“We do not want donations, there are poorer countries who need donations,” Achmat said.

He said donations by pharmaceutical companies was not generosity, but attempts to “silence the voice of affordable drugs”.

Achmat appealed to drug companies to reduce prices with no strings attached.

He said parallel importing and compulsory licensing would lead to a reduction in prices. “This is a crucial delay in getting treatment to people,” he said.

Kasper said competition was effective in reducing the cost of HIV drugs.

A UNAIDS study revealed that the average reduction of drugs without competition was in the region of about 18%. The introduction of competition by manufacturers of generics saw a 79% reduction in prices of anti-retrovirals.

Kasper also pointed out that the current offer to the South African government by GlaxoWellcome for AZT was 20% higher than what the company was selling it for in India.

Another example used by Kasper was for fluconazole, used to treat thrush and cryptococcal meningitis in people living with HIV/AIDS.

In Thailand a good quality generic of fluconazole costs about R4 for a 200mg tablet. In South Africa the state pays R36 and the private sector between R150 and R200.

Kasper said if the pharmaceutical companies were unwilling to cooperate (and forego their profit), government had the ability to do it themselves.

He said SA patent laws enabled the state to issue compulsory licences for essential drugs to allow other companies to manufacture them even when they are under patent.

Another way would be to introduce parallel importation, allowing government to “shop around” for the lowest price.

“It makes sense to issue licences to those who are able to import or manufacture crucial medication at a lower price,” Coleman said.

In what was described by many as a “hostile presentation”, Mirryena Deeb, chief executive officer of the Pharmaceutical Manufacturers Association, told the committee it was vital that research was not hindered by quick-fix solutions such as compulsory licensing, parallel trade and other short-term measures that would fatally retard research and development “thus halting the search for a cure”.

Vicki Ehrich, corporate affairs director for Glaxo Wellcome, the only drug company who was prepared to make a presentation at the hearings, told the committee that they were committed to making medicines affordable in developing countries.

She said government had opted not to concentrate on providing anti-retrovirals, but to rather focus on opportunistic infections.

She said cheaper medicine was not the primary issue as there was “virtually no difference between the price of AZT from GlaxoWellcome in South Africa and generics available from other countries”.

She said GlaxoWellcome initiatives in countries such as Uganda, Cote d’Ivoire and Botswana were already providing positive benefits.

But perhaps the final comment should be left to Faghmeda Miller, who was diagnosed as HIV positive six years ago.

“I feel much healthier since taking medication as part of a trial, but I can’t help thinking of the many friends I have lost who couldn’t even afford a pain killer.”

* In another development on Thursday, it was announced that five pharmaceutical companies was participating in a new dialogue with United Nations organisations to explore ways to accelerate and improve the provision of HIV/AIDS-related care and treatment in developing countries.

According to a statement “constructive discussions” have begun between Boehringer Ingelheim, Bristol-Myers Squibb, F. Hoffmann-La Roche, Glaxo Wellcome and Merck & Co., Inc. and the five United Nations agencies (WHO, World Bank, UNICEF, UNFPA and UNAIDS) to explore practical and specific ways of working together more closely to make HIV/AIDS care and treatment available and affordable to significantly greater numbers of people in need in developing countries. – Health-e News