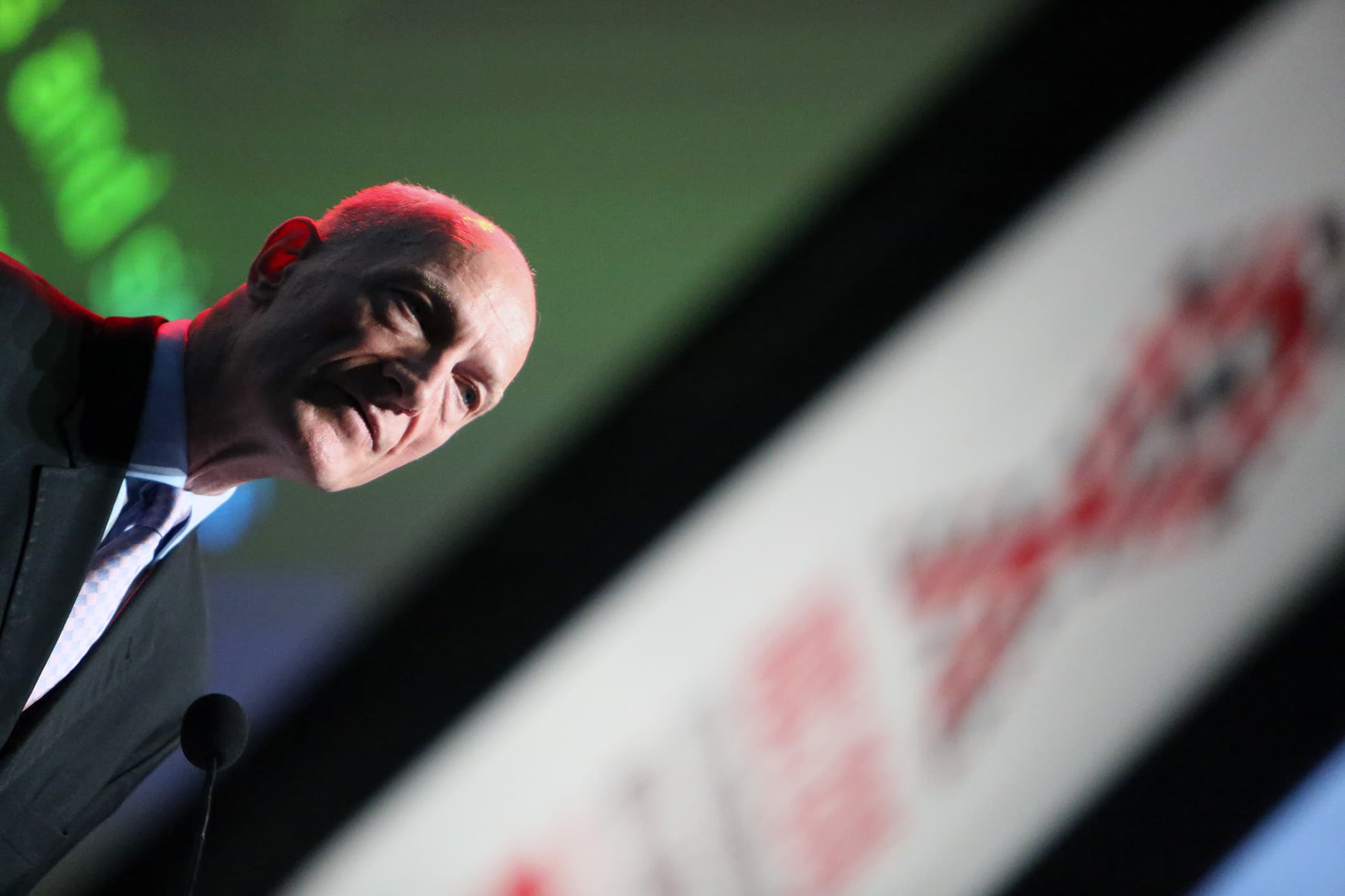 DURBAN – International agencies, national governments and the international drug companies had all failed the millions of people living with AIDS in developing countries in their quest for accessible treatment.

DURBAN – International agencies, national governments and the international drug companies had all failed the millions of people living with AIDS in developing countries in their quest for accessible treatment.

This was the verdict of Judge Edwin Cameron who delivered the Jonathan Mann memorial lecture in the first working session of the AIDS 2000 conference yesterday (Monday).

In an address that drew a standing ovation from delegates, Cameron called   for drug prices to be lowered. “It should be an immediate and overriding priority,” he said.

He also said that a national programme to combat mother-to-child transmission of HIV with short courses of antiretroviral  medication should be implemented in South Africa. “Research has shown that it will be cost-effective,” he said.

While acknowledging a variety of “commendable efforts” from various international agencies and governments, Cameron said these groups had nonetheless failed to “command the urgency and sense of purpose appropriate to an emergency room where a patient is dying”.

For the tens of millions of people with AIDS, the emergency was “dire and immediate”. What was more, said Cameron was that the treatment existed to save them. “What is needed is only that it be made accessible to them,” he   said.

Drawing attention to the vast gap between access to treatment in rich countries and what was available to the poor, Cameron said he spoke of the divide with an “intimate personal knowledge”. He said as an African, living with AIDS he was one of the nearly five million South Africans who had the virus.

He said his presence at the conference embodied the “injustices of AIDS in Africa because, on a continent in which 290 million Africans survive on less than one US dollar a day, I can afford monthly medication which costs about 400 US dollars (approximately R2 600) per month.”

Cameron said he was able to stand before the conference because “I can afford to pay for life itself”- a situation he described as iniquitous.

Cameron pulled no punches when assessing the response of the South African government to the AIDS epidemic, which he said it had “mismanaged at almost every conceivable turn”.

“So grievous has governmental ineptitude been that South Africa has since 1998 had the fastest growing HIV epidemic in the world.”

Commenting on the conference theme “Break the Silence”, Cameron said the South African   government had not been silent on the issue of AIDS. “Instead there has been a cacophony of task groups, workshops, committees, councils, policies, drafts, proposals, statements, pledges. But all have thus far signified piteously little.”

“It was a bit disturbing that the [inactivity of] previous regime did not feature in his speech,” said Tshabalala-Msimang. She added that the government had set up the National Council on AIDS, the Partnership against AIDS, the inter-ministerial committee on HIV/AIDS and the SA National AIDS Council.

Cameron said that it was shameful that South Africa had not yet committed itself to implementing a programme to prevent mother-to-child transmission of HIV through short courses of antiretroviral drugs.

“The result every month, is that 5 000 babies are born unnecessarily and avoidably with HIV.” Their suffering, death and the expense of caring for them was preventable yet “we have done nothing,” said Cameron.

However, Health Director General Ayanda Ntsaluba said the results of the South African trials on Nevirapine, a drug used to prevent mother-to-child HIV infection, would only be released this week. Once the health department had these, it could formulate its response.

Cameron urged the conference to mark 2000 as a turning point in the creation of an international impetus to secure equitable access to antiretroviral drugs for all persons in the world with AIDS.

He said moral dilemmas were all too easy to analyse in retrospect. He said much had been written about how ordinary Germans tolerated the moral iniquity of Nazism, or how white South Africans could have countenanced the evils of apartheid. The inequities of the world trade system, the gap between rich and poor nations and the burden of foreign debt were comparable   moral dilemmas.

“No more than Germans in the Nazi era, nor more than white South Africans uring apartheid, can we at this conference say that we bear no responsibility for more than 30 million people in resource-poor countries   who face death from AIDS unless medical care and treatment is made accessible and available to them”, said Cameron. – Health-e News