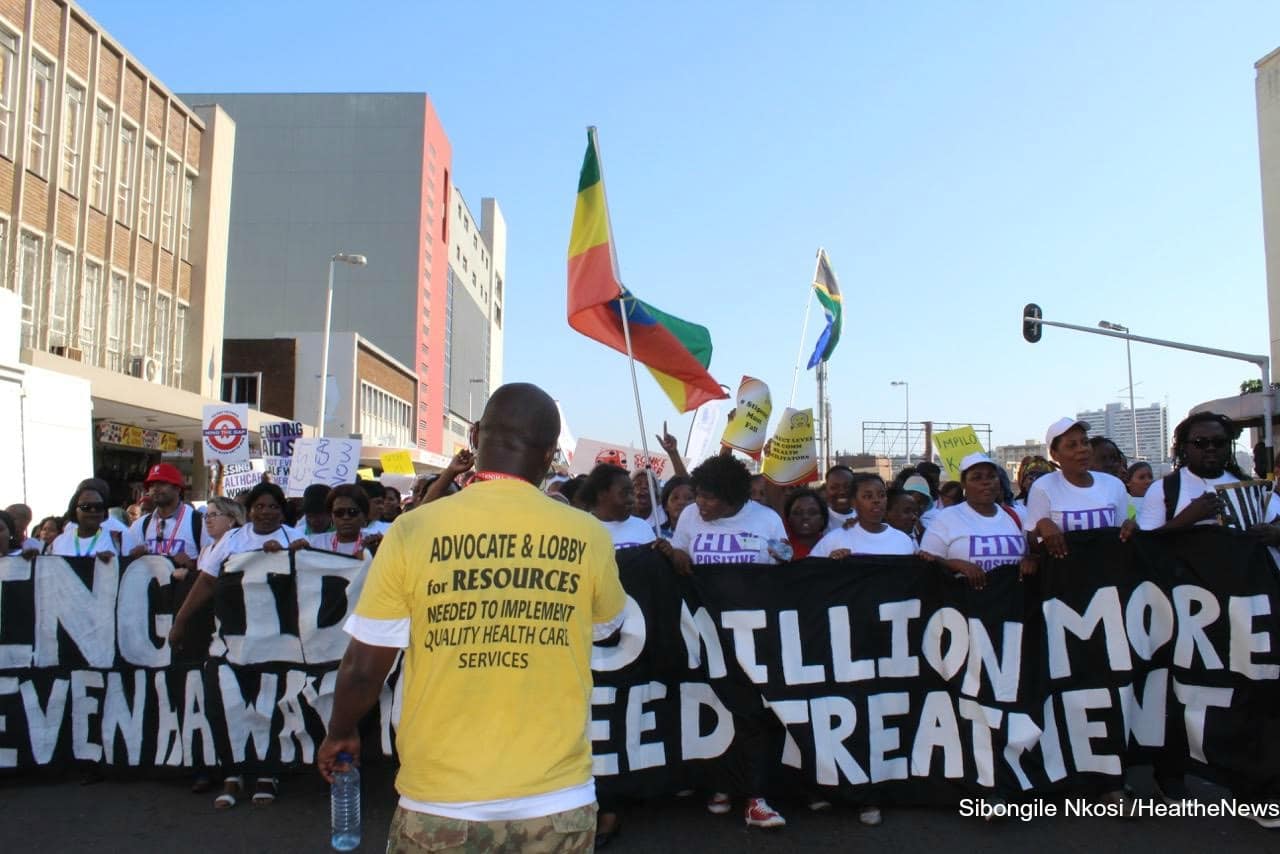 For once, it’s good news. Gauteng is getting it right in its fight against HIV/AIDS.

Pamphlets, door-to-door visits, mass mobilisation. It sounds like an anti-apartheid campaign from the 1980s but instead it’s the Gauteng HIV/AIDS Directorate’s preparations for this year’s World AIDS Day.

“We are starting to see a social movement around AIDS,” says directorate head Dr Liz Floyd, “and we are attracting young people of the calibre of those activists who fought the liberation struggle in the 1980s. This week (subs: Nov 27  1 Dec) we are going to have 3 000 volunteers in the field. It’s very exciting.”

Gauteng is widely regarded as the one province that is getting its HIV/AIDS strategy right.

This is perhaps in large part because the HIV/AIDS directorate’s staff operate under the motto “learning by doing” — almost a contradiction for red-tape laden government departments.

Much of the learning lies in a constant review of how plans are being implemented. But the real test lies in whether people are really changing their unsafe sexual behaviour.

This is why Floyd is tendering for independent reviewers to objectively assess the work being done by her directorate and the non-governmental organisations (NGOs) that it funds.

Floyd says with a self-deprecating laugh that perhaps they are “starting to get it right” because they can get their entire AIDS strategy on to one page that is easy to understand and everyone can see where they fit in (see box).

The strength of Gauteng’s approach is that it has managed to draw together a wide range of government departments and non-governmental organisations into one melting pot.

In addition, the scale of work has exploded in a mere six months from events reaching 300 people to outreach campaigns estimated to reach three million people.

Hector Motsoeneng (29) is an ACCT stalwart, who became a volunteer after he tested HIV positive in 1997.

“I decided to become active,” says Motsoeneng, “because I see that people who are out about their status live long and freely. The ones that deny die soon.”

Virginia Morapedi (25) became involved in ACCT after a friend died of HIV, and says she “likes helping people”.

Under the direction of ACCT’s manager, the gravel-voiced Glen Mabuza, volunteers debate whether they should take part in the province’s door-to-door campaign.

“We are not sure if people are ready for this,” says Mabuza. “Isn’t it an invasion of privacy? And anyway why must we go door-to-door in Soweto because then we are just reinforcing the idea that this is a black disease. We want to go to Sandton.”

Clearly, ACCT volunteers feel that there is the space to debate tactics and take control over this week’s programme in their area.

Across town in Daveyton on the East Rand, Girly Khoaripa runs a home-based care and counselling programme for the Oasis for Life Church. She and her colleagues have become involved as part of their spiritual beliefs.

“The religious organisations have really come on board in the last six months,” says Floyd.

So too have, traditional healers, hostel dwellers, sex workers, artists and business people.

For this year’s World AIDS Day, the province is focusing on care and support for those living with HIV about 24% of those who are sexually active in Gauteng are infected and AIDS deaths are rising steadily.

“This is not a lot when you consider that they will lighten the load of the hospitals,” says Floyd. “But home-based care is running ahead of budget.”

While this week’s focus is on care, Floyd is absolutely confident that our salvation lies in prevention and that “the epidemic can and is being managed”.

“In Mutare, Zimbabwe, after just three meetings between peer educators and community members, condom usage jumped from 27% to 77%,” Floyd points out. “Prevention works. We need to increase confidence in this and we need to increase the scale of our prevention.”

Already the province distributes seven million condoms a month. There are rarely shortages as in other provinces because Gauteng buys its own as well as getting condoms from the national government.

One of the biggest challenges, however, lies in building the capacity both within the directorate and the NGOs to keep everything together.

“The crisis in this country is not that we have a lack of policy,” says Floyd. “The difficulty lies in implementation at provincial level. If we could manage and coordinate what we were doing better and share experiences, we would take a jump forward.”-Health-e News.