One in four deaths last year can be attributed to AIDS with 194 892 South Africans projected to die from the an AIDS related disease this year alone. This is according to the Medical Research Council’s long-awaited report, “The impact of HIV/AIDS on adult mortality in South Africa”.

Cape Town – One in four deaths last year can be attributed to AIDS with 194 892 South Africans projected to die from the an AIDS related disease this year alone.

This is according to the Medical Research Council’s (MRC) long-awaited report, ‘The impact of HIV/AIDS on adult mortality in South Africa’, which was officially released yesterday.

The first major finding of the study is that reported deaths show clear evidence of a changing age pattern. By 2000 the number of young adult deaths was higher than the number in older ages. The pattern has not been observed anywhere in the world except southern Africa.

Secondly, the empirical death data show that there has been a steady increase in adult mortality rates during the 1990s.

The release of the report comes amid much controversy that started when a letter written by President Thabo Mbeki to Health minister Dr Manto Tshabalala-Msimang was leaked to the media.

Mbeki quoted 1995 World Health Organisation statistics that he had found on the Internet as grounds for questioning the government’s health spending patterns.

Parts of the MRC report were then leaked to the media in an attempt to prove that AIDS was in fact the biggest killer in South Africa.

This prompted a whole new furore around AIDS statistics and the reliability of MRC research.

Statistics SA was then used by government to rubbish the MRC report, a move that was yesterday slammed by one of the authors of the MRC report, University of Cape Town Actuarial Science professor Rob Dorrington. Pointing out that he was speaking in his personal capacity, Dorrington said it was a great shame that StatsSA had decided to trash the report.

‘It is clear that they have a limited understanding of the estimation process and model. Their (StatsSA) presentation was riddled with half truths and misunderstandings and it gives new meaning to the phrase lies, damn lies.’

Dorrington said StatsSA obviously had little experience or knowledge in this area. ‘I don’t think this level of debate is going to take us very far,’ he said adding that UCT’s Actuarial Science Department would be meeting with StatsSA next week in an effort to find common ground.

‘The common observation is that out youths are dying,’ he said. The model quoted in the MRC report shows that without significant changes life expectancy at birth can be expected to drop from the current level of 54 years in 2001 to 41 years in 2010.

It is further expected that the proportion of deaths related to HIV will be 33% this year and rise to 66% in 2010.

The report: The impact of HIV/AIDS on adult mortality in South Africa is available from the Medical Research Council website

Church leaders from eastern and southern Africa met in Johannesburg recently to discuss how the church can help mitigate the impact of HIV and AIDS. The meeting suggested that the current strategy of HIV prevention is not sufficient to prevent new HIV infections.

AIDS 2016
It might sound strange, but ARVs can prevent HIV as well as treat it. A new programme using ARVs as pre-exposure prophylaxis was launched recently. Lindiwe Msibi reports…

Have you ever wondered why HIV spreads so fast in Africa? Have you ever thought that people considered high risk takers, like sex workers and truck drivers, are at more risk of HIV infection than yourself? Molecular biologist and author, Helen Epstein, turns conventional wisdom around in her renowned book, ‘The Invisible Cure: Africa, the West and the Fight against AIDS’. 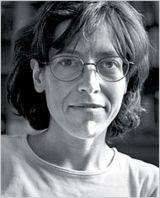