Home » Reporting ethically and effectively on HIV/AIDS in South Africa 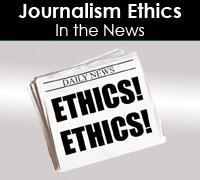 A talk given by Kerry Cullinan at a Journ-AIDS Roundtable in May 2003.

“The questions must be asked. Most important: What is the strategy? How can we slow this plague in the absence of a vaccine or cure? I know of no more important question for journalists to be asking at this moment. After all, there is no other force on Earth — no wars, no famines, no genocides — that is killing as many millions of people today as is this damnable microbe.” — Laurie Garrett, Pulitzer prize-winning journalist for Newsday, 2000.

General perspective: What is ethics?
In its briefest form, ethics can be described as professional morality. But we all have different reasons for becoming journalists and our media organisations are motivated by different interests and are often in competition with one another. Can there be common guidelines for all SA journalists? Perhaps the three general principles advocated by the Poynter Institute’s Bob Steele (see attached: Guiding Principles for Journalists) are broadly acceptable:
• Seek the truth and report it as fully as possible
• Act independently
• Minimise harm.

Reporting ethically and effectively on HIV/AIDS in South Africa.pdf