Home » When a child rapes 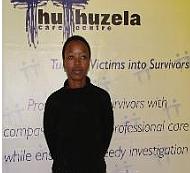 What motivates a five-year old to rape a two-year-old toddler? In Umtata and East London such incidents are becoming increasingly common. In the first six weeks of 2004, 40 cases of child rape by other children were reported at Umtata Sinawe Rape Crisis Centre. In the first of a two-part series, Health-e visits the rape crisis centres in Mdantsane and in Umtata.

TRANSLATION:   Some of the cases that we come across here at Thuthuzela, is that at some stage we had a case of a four ‘year old child, I won’t mention her name, apparently she was playing with other children and according to them they inserted sticks and toys in her vagina and because was a severe damage in her private part. This led to a situation where this child had to be operated because she was unable to walk. Some of the cases are those of sodomy of young boys by older man and then the boy decides to copy what has been done to him and start doing it to other boys at school. What we do with these cases because we don’t take them (children) to court we try and send these children for therapy so that they can be rehabilitated back t be normal children and so that they can live normal lives just like any other kids.

Translation: In Umtata there’s an increase in the reporting of child rapes. Sister Nomalawu Mantantana of Sinawe Rape Crisis Centre in Umtata says they are experiencing a problem with under-aged children who rape their peers.

Translation: Lots of parents who come here say their children are raped by children who are close to them and who normally play with them. They don’t know why they rape others. Parents refuse to open cases when they bring perpetrators here. Between January and mid February we had about 40 cases of child rape. Children’s cases exceed the number of adult rape cases. For example, two year olds are raped by five or six year olds. Then the five and six year olds are gang raped by the 11, 12 and 13-year olds. This is something we have to look at.

Translation: What are children saying is the reason for them raping other children?

Translation: Children are not willing to talk. The only thing they do is to come here when it’s already late. Some say that they see these things on TV, others say they watched their older siblings and they thought of experimenting on other children.

Translation: Sibongile Cebekhulu, of Thuthuzela Care Centre says it is   mostly children who visit the centre for help. She says when they come to the centre they are welcomed by the site coordinator who tells them how the procedure works. For example, they will first see a psychologist and then need to be examined. Children are told that they will also meet the police where a statement detailing what happened will be taken.

Translation: We welcome everybody from any age group, but we are seeing a huge number of children because they are the ones who seem to be in trouble. Many of the people who come here who have been raped range in age from five to fifteen years, the rest are adults. During their first visit at the centre they are introduced to the Site Coordinator who tells them of the procedures they should follow.

Translation: How do the children respond when they come here? Are they willing to relate what has happened especially when they see males?

Translation: Children are scared to talk at first, but then after they have undergone the debriefing process they talk freely. Some children come here maybe their grandmothers or mothers have noticed that she has a discharge or others have already reported a case. We make arrangements with different police stations to transport the survivors from home to the centre so that she (the survivor) does not get exposed to lots of things because we consider her vulnerable at that stage.