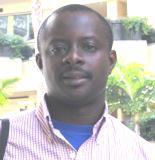 Aids activists and journalists are mourning the death of Omololu Falobi, founding member and the director of Journalists against AIDS (JAAIDS) Nigeria. He died from injuries sustained in an armed robbery on Thursday.

Falobi was shot by robbers on his way back from speaking to young entrepreneurs on the importance of social responsibility. He passed away this Sunday.

A multiple-awards winning journalist and trainer, Omololu was features editor of Nigeria’s largest-selling weekly, the Sunday Punch, from where he resigned in 2000 to run JAAIDS full-time.  He contributed to several publications on HIV/AIDS.

Over the past five years, he has been a prominent advocate on HIV/AIDS in Africa. In recognition of this, he was selected as the African NGO representative on the board of the Joint United Nations Programme on HIV/AIDS (UNAIDS) for 2004 and 2005.

Falobi has been active in the vaccine and advocacy field for several years. In 2003, he co-founded the Nigeria HIV Vaccine and Microbicides Advocacy Group (NHVMAG), serving as its Co-Coordinator and a strong part of the group’s backbone. He has led several media training programmes on HIV/AIDS in Nigeria, Kenya, Ethiopia, Burkina Faso and Zambia.

‘Omololu would be remembered as a dynamic, committed and resourceful AIDS activist whose contribution towards mitigating the impact of the epidemic would remain for a long time.,’ said Kingsley Obom-Egbulem, JAAIDS, head of research and communications.

He survived by his wife and two children.

A misleading press statement by the health department has caused confusion over the role of Medecins Sans Frontieres’ (MSF) presence in Khayelitsha in the Western Cape.

‘I am hungry. Can you give me some money for food?’ These words have become the norm for Lehlohonolo Mokone, an HIV counsellor who sits in front of his ninth patient for the day at a clinic in Brakpan, on Gauteng’s East Rand.