8th February 2007 | Health-e News
'Branded VCT', which used a popular fashion label to get young people to test for HIV late last year, showed that brands have a unique ability to influence society.

‘Branded VCT’, which used a popular fashion label to get young people to test for HIV late last year, showed that brands have a unique ability to influence society.

KHOPOTSO: In only six weeks, the campaign succeeded in testing more than 4 000 young people in three major cities. It was a joint venture between Levi’s jeans and a non-profit HIV testing service provider, New Start. American Cal Bruns, Chief Executive of creative company Matchboxology, is the brain behind the campaign.

CAL BRUNS: We did 58 mobile stations. We also tested people in the permanent New Start facilities in Cape Town, Durban and Jo’burg – and the entire exercise was contained to those three cities. We increased (New Start) clients by 63% in that period ‘ a significant increase which they completely attribute to the Levi’s participation. But this is the interesting part, hey: The biggest challenge is to get young people to test. They are the worst, statistically, at actually accessing VCT. 32% of our 4 000 were 15 ‘ 24 year olds. It’s actually a 101% increase in the under 25s versus what New Start had seen.

KHOPOTSO: Bruns says he has taken away an important lesson from the exercise.

CAL BRUNS: It’s actually staggering to think that, when encountering one of these tents in a place like Rosebank or Sandton, a kid who has just gone there to hang out for the day would get tested. But people did it. And that’s, I think, probably the most interesting fact to come out of this whole exercise. We have the wrong perceptions about people’s ability to want to be tested. We just have to present it in a better way.

KHOPOTSO: But just what did the campaign involve to attract young people?

CAL BRUNS: Branded VCT. First time ever anywhere in the world. A consumer brand. Put their name on VCT’¦ We picked VCT for three reasons. One, it is pragmatic change-behaviour action’¦, some sophisticated youth marketing, the other part of which is what you call peer-to-peer educators’¦ is word of mouth’¦ the strongest piece of marketing you can use. And the last thing that we recognised is that Levi’s has a strong brand clout in this country and if we put our name onto something that we want people to achieve, even though there’s somewhat of a disconnect, we think that people will be more likely to do it. We didn’t know when we started it. This was the grand experiment.

KHOPOTSO: The experiment showed that with an established name, doors that were once impenetrable can be unlocked.

CAL BRUNS: New Start provided the VCT expertise. The Levi’s name is what helped get VCT in this way onto universities, onto malls and into some new places in townships’¦ Places like Sandton City had never before had mobile testing. And they said it was ‘inappropriate’. But when we talked to them about this, they said ‘oh, cool. Okay, Levi’s, cool’.

KHOPOTSO: The campaign was run under the slogan, ‘Work it out for yourself’ and it was driven by three objectives.

CAL BRUNS: Personal responsibility is not something that this country has been particularly strong on marketing, but it needs to be’¦ The basic precepts of it were test yourself, learn the truth, make your plan.

CAL BRUNS: I probably shouldn’t tell you this, but I’m going to tell you this, anyway’¦ We were in the Office of the Presidency. The President did not test nor did the Vice-President. But the Office of the Presidency did test’¦ They didn’t want any publicity about it’¦ They said regular employers don’t talk about this kind of thing. But the fact of the matter is that they have turned the corner and I think that’s a huge step  forward.

KHOPOTSO: Bruns says that is a clear indication that brands have a unique ability to influence every layer of society, but laments the fact that fewer brands have joined South Africa’s response to HIV/AIDS. He urges employees of other brand companies to encourage their CEOs and brand managers to rise up to the challenge.

CAL BRUNS: How many of your next 100 employees or next 100 000 customers were HIV-negative today will become HIV-positive in the next five years because your brand and others like it were too scared to do something?

Today, the departments of health and basic education have launched a campaign to vaccinate girls nine years and older against cervical cancer but some wonder if the country is not missing the other 50 percent.

A retreat from international funding commitments for AIDS threatens to undermine the dramatic gains made in reducing AIDS-related illness and death in recent years, according to a new report by MÃ©decins Sans FrontiÃ¨res (MSF).The MSF report highlights how expanding access to HIV treatment has not only saved the lives of people with AIDS but has been central to reducing overall mortality in a number of high HIV burden countries in southern Africa in recent years. 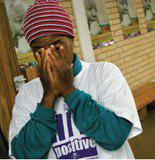