15th February 2007 | Health-e News
Knowing your own HIV status can set your mind at ease. But knowing both your and your partner's HIV status could even save your life. We meet a couple that clings to the belief.

Knowing your own HIV status can set your mind at ease. But knowing both your and your partner’s HIV status could even save your life. We meet a couple that clings to the belief.

KHOPOTSO: Lefa and Koketso, have just started dating. In fact, they’ve been together for only two months. When I met them last Saturday evening, four days before Valentine’s Day, I marvelled at the openness and maturity that seems to characterise the relationship. Twenty-one year-old Koketso, is very strong in her belief as to why it is important that couples should test together.

KOKETSO:  Because this is actually, potentially your life in their hands. That’s why I think it’s important for couples to go for it together.

KHOPOTSO: Today is precisely a week since the couple had been for testing themselves. It was Koketso’s idea to do that. Many of us could be taken aback by the suggestion. So how did her boyfriend, Lefa, respond?

LEFA: I’ve got an uncle who passed away from HIV/AIDS (related conditions)’¦ He was very close to passing away when I took care of him. I think that informed my response to her asking me to go for a test. Initially, I was like ‘ho’. And then, I was like ‘okay, cool. It makes sense’. Had it not been for that experience, I probably would have looked at it from a very negative point of view. I would have negated the whole thing and I would have said to myself ‘no, man, why? Does she not trust me’? You know what I mean?

KOKETSO: At the end of the day I look at it not as a trust issue, but as in playing Russian roulette. (It’s) like you’re pointing a gun at yourself and there’s a bullet in there. You don’t know where the bullet is, but you’re pulling the trigger. Every time you pull the trigger you’re running the chance of killing yourself. So, every time you have sex with someone who you don’t know their status, you’re doing the same thing. You’re taking a very high risk, and that risk could lead to your death.

KHOPOTSO: Fortunately for both of them this was not their first HIV test, so going for it once more was not much of a scary exercise.

LEFA: My first test was nerve-wrecking. You know, it was nerve wrecking on another level. I was like ‘ho, what if? What if? What if’?’¦ You go through a range of things in your mind and you start thinking, ‘what am I going to do should I be HIV-positive or should I have AIDS’?… I was 19. Yeah, that was my first, first, first test. And you can imagine I was young and dumb (laughs).

KHOPOTSO: At 26, Lefa is no longer young and dumb. His partner took her first test in 2003 and has since made it a habit, one which she is most practical about for that matter.

KOKETSO: I’m not used to it because I’m always taking risks. I’m used to it because when you get yourself in the habit of taking these tests, when you’re faced with a situation where you might put yourself in danger, like you might end up having unprotected sex’¦ you think twice about it because you know how it feels to sit in a waiting-room waiting for results. And that thought comes to you’¦ It forces you to be responsible and to confront the issue with yourself’¦ It’s a good habit to get into.

KHOPOTSO: Sammy Nena is the co-ordinator of outreach services at New Start, in Johannesburg, a not-for-profit organisation that provides testing services. He says there are often many reasons why couples might want to test together, but just like Koketso, he makes a point that testing together as a couple should be a natural, common sense practice.

SAMMY NENA: Now HIV is part of our lives day in, day out. What would be ideal in this situation, based on the reasons why people are testing would be that prior to them having to test for different reasons, perhaps they’d need to look into why before we start in the relationship why can’t we start by testing before things can get a little bit complicated further than that. This would actually minimise the reasons why they’re testing later-wards. It’s very important at all times when you start a relationship – knowing that you’ll be sexually active, obviously – HIV comes into the picture. And as a mode of protection it’s very important that you go through for Voluntary Counselling and Testing before things can even get even hotter in the relationship’¦ And also as individuals, too, before they can even start any plans of starting a relationship.

KHOPOTSO: Sammy Nena, co-ordinator of outreach services at New Start. In our next ‘Living with AIDS’ feature, we’ll bring you more on couples’ counselling and testing.

Although in some communities’ hypertension is associated with the elderly, young people do silently suffer from this chronic illness. 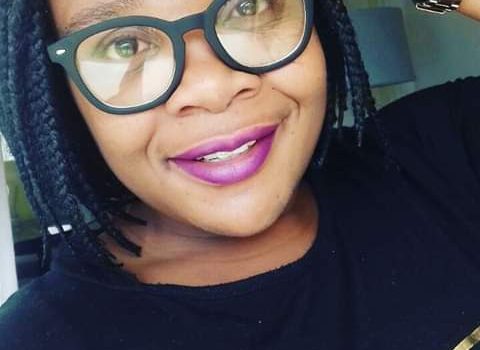 As the globe marks World Diabetes Day this Wednesday, the founder of a juice company claims he has found a successful way to remove 87% of sugar from fruit juice.

Under the current lockdown level, food donations may be made by charitable organisations, and North West and Free State communities rallied together to ensure that vulnerable community members are helped.