Home » Manto says MDGs are not a race 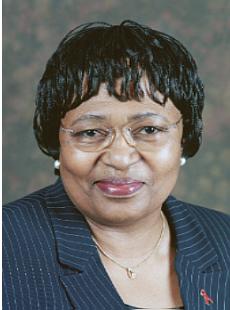 The strive to reach the Millennium Development Goals (MDGs) is not a race where success is based on the position one holds in relation to other competitors, Health minister Dr Manto Tshabalala-Msimang has told the Countdown to 2015 conference underway in Cape Town.

Manto says MDGs are not a race

The meeting is assessing progress made by 68 countries responsible for 97 percent of child and maternal deaths worldwide towards reaching the fourth and fifth MDGs. Both MDGs commit to reducing maternal, newborn and child deaths.

The Millennium Declaration was adopted by United Nations countries in 2000, with the aim of improving the well-being of the world’s people. It is made up of eight MDGs to be achieved by 2015.

The Countdown to 2015 report released at the conference has revealed that South Africa is one of the 10 worst performing countries in reducing child deaths.

Delivering the welcoming address Tshabalala-Msimang said while every country should strive to reach the MDGs ‘we do not view this process as a race’.

‘We acknowledge that countries are at different levels of development and the amount of resources at their disposal for addressing their challenges vary. Africa invested significantly in the development of human resources for health. Unfortunately, these skilled health workers who are central to our ability to successfully manage pregnancies, deliveries and the variety of childhood illnesses are being lost through recruitments to developed regions,’ Tshabalala-Msimang said.

Tshabalala-Msimang shied away from directly addressing South Africa’s poor showing towards attaining MDG 4 and 5 opting to rather point out that the post 1994 information ‘clearly indicates progress in improving the quality of life of people of South Africa’.

A report released recently ‘Every Death Counts’ revealed that the deaths of up to 40 200 South African babies and children could be prevented every single year if gaps in the healthcare system, including poor patient care and lack of interventions to tackle HIV/AIDS, were addressed.

Every year at least 20 000 babies are stillborn, another 22 000 die within the first month of their lives and 1 600 mothers die from complications of pregnancy and childbirth.

Some 75 000 children die before their fifth birthday, according to the report.

The authors of the ‘Every Death Counts’ report have also published an article in a special edition of The Lancet, which is running an in-depth series of articles on the Countdown to 2015 report.

Tshabalala-Msimang told delegates that ‘contrary to what you read in the media’ the government was committed to treating people living with HIV. ‘Today you are hearing it from the horse’s mouth,’ the minister said.

Daisy Mafubelu, Assistant Director General for Family and Community Health at the World Health Organisation (WHO) pointed out that Tanzania had reduced its child mortality between 2000 and 2005 by over 10 percent.

A national survey in Tanzania, a country that is much poorer and less resourced than South Africa, reported that mortality in children younger than five years dropped by 24 percent between 2000 and 2004. The country is set to attain the fourth MDG if current rates are sustained. Tanzania has achieved this despite high levels of poverty and a shortage of health workers.

Mafubelu pointed out that of the more than 180-million pregnancies annually, around 80-million were unwanted and that 20-million women suffered from maternal morbidity.

Over 530 000 maternal deaths are recorded each year with three million babies born dead while 10-million children under five die.

The Partnership for Maternal, Newborn & Child Health will today launch a Global Call for G8 leaders and other donors to champion maternal, newborn and child health.

The call is being made in advance of the G8 Summit, hosted by the Government of Japan in July 2008, which will review the need for greater investment in health system strengthening for safe motherhood and newborn and child survival.