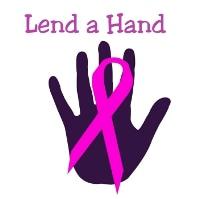 Among the 12 participants is a well-known actress, Lillian Dube, who was diagnosed last year. The outspoken actress, who underwent surgery for breast cancer earlier this year, says she is excited about being part of the journey of hope breast cancer ride ‘ which will start from Maponya Mall in Soweto on the 10th of October.

‘We will have several stops educating women about breast cancer and the importance of testing because if it is detected early there are more chances of surviving,’ said the bubbly actress.

Breast cancer used to be common among white women and women over 40. But in recent years there have been increasing cases of breast cancer in black women and women younger than 30. Philani Zwane, 27, is one such woman who will be taking part in the journey. Her awareness about her own body alerted her to the abnormality in her breast one day.

‘I was taking a bath. To my surprise I felt a little thing (on my breast) and then I went to see a doctor. That was June 2006. I was only given pain killers for that. As the time passed by, I felt that thing growing. They told me it will disappear. Instead, it kept growing bigger and bigger. As soon as it was equal to a five rand coin I went back to the doctor and said, ‘you know what? I do understand that this thing will disappear, but please just remove it’. That is when they arranged surgery for me’¦ Then they found out that it was breast cancer,’ said Zwane.

Breast cancer is the most common cancer in women in South Africa after cervical cancer, killing more than 3 000 women every year according to statistics by the Cancer Association of South Africa (CANSA). Zwane believes that the numbers of women who die of breast cancer can be reduced if more women can start taking it seriously.

‘The thing is with us black women, especially young women, there is this thing that it only happens to white older people. ‘It does not happen to my age group’. Unfortunately or fortunately, it happened to me so that I can also be there for younger women to show them that this thing does exist ‘ whether you’re black or white, green or purple – it’s there.

‘The whole idea of the journey of hope is to go out there, create awareness and help other women be aware, and perhaps pick it up early because your whole survival is based on very much picking it up at an early stage, whether it’s breast cancer or any cancer,’ she said.

The eight-day journey, will start on the 10th of October in Johannesburg and will go via Bloemfontein, Colesberg, Graaff-Reinet, Port-Elizabeth, George, Barrydale and will arrive in Cape Town on Saturday, 18 October.