Health officials countrywide are battling to cope with the growing numbers of patients with drug-resistant TB, and provinces are divided about whether to hospitalise all patients or not.

In Gauteng, all those who test positive for drug-resistant TB are hospitalised in Sizwe Hospital. However, in parts of KwaZulu-Natal and the Western Cape patients are being treated in communities. A patient arrived last week in Khayelitsha from the TB Hospital in Port Elizabeth, saying he had heard that he could be treated in the community and this is what he wants! He even had his hospital file with him!

KwaZulu-Natal provincial TB head Bruce Margot said that practicalities had driven his province to adopt a community-based care approach: ‘The reason is quite simple. We need 700 beds for MDR and XDR patients but we only have 450 beds available, so we have a shortfall of 250 beds,’ explained Margot.

Patients are supposed to be discharged only once they test smear negative, which means that they are responding to treatment and no longer infectious. But KZN MDR and XDR patients are admitted for two to four months of intensive treatment then discharged after six months of treatment as there are patients waiting for beds.

To alleviate pressure on hospitals, the Church of Scotland Hospital started a community-based treatment programme in Msinga, the area where the first XDR cases were discovered. Home-based teams visit patients daily to supervise their treatment, which includes injections.

At present, 87 drug-resistant patients are being treated by the home-based teams, which are also monitoring patients’ families and contacts for signs of drug-resistant TB.

Aside from being less disruptive for patients, the home-based approach costs one-tenth of hospitalising patients. Margot said that the monthly cost of his five teams is little over R100 000 whereas the cost to hospitalise the patients in a specialised MDR TB hospital would be over R1.4-million.

The Western Cape has also adopted community care in Khayelitsha, a poor area in Cape Town with a high TB rate. Dr Virginia Azevedo said that the programme started after a review of drug-resistant TB care in the area found that 70 percent of cases had poor outcomes. Many patients defaulted on treatment, the death rate was high and drug resistant TB was increasing.

There was also a long waiting list for treatment as patients had to be admitted to hospital to start MDR and XDR treatment.

With the new approach, patients are able to start treatment at local clinics and, of the 168 drug-resistant patients in Khayelitsha, almost 70 percent started treatment at clinics.

Patients are prioritised for admission if they are very ill, at risk of defaulting, pose significant risk to vulnerable household contacts (children and people with HIV) or have XDR TB.

In Gauteng, Sizwe Hospital’s Dr Riana Louw said that patients were admitted as her facility did not have the capacity to run a ‘labour-intensive’ community care programme and were getting good cure results in the hospital.

But Louw said she faced a dilemma with patients who could not be cured: ‘Some of the patients with XDR TB still have not responded to treatment after 24 months. We have to stop treatment but this poses an ethical dilemma. The patients are going to die. Do we discharge them to go home to their families or keep them in the hospital?’

Khayelitsha has solved this dilemma by setting up the Lizo Nobande Centre, that acts as a hospice for patients who do not respond to treatment so remain infectious but qualify for a compassionate discharge.

Aside from different approaches to care, there were stark differences in resources.

Gauteng’s Sizwe Hospital is one of the best-off, with eight doctors, 28 professional nurses and a R61-million annual budget for the 251-bed hospital.

In contrast, Mpumalanga has no fulltime dedicated doctors, only two sessional (part time) doctors. The Northern Cape’s lone doctor resigned recently so the province also doesn’t have a dedicated doctor.

Limpopo and the North West only have one doctor each to deal with drug-resistant TB for their entire provinces while the Eastern Cape has one fulltime doctor and one sessional doctor.

Sizwe Hospital also has an expert team to treat patients including a number of specialists, there is no waiting list for patients and few are absconding from the hospital as they could negotiate weekend pass-outs once they were no longer infectious, said Dr Louw. The hospital also has a primary school for child patients.

Dr Cecilia Mojapelo is young, glamorous and the only MDR TB doctor in Limpopo. She oversees a 50-bed facility at FH Odendal Hospital that also treats private patients. The facility needs another doctor, 14 professional nurses, a social worker and pharmacist to make it work properly.

Aside from the challenge of inadequate staff and beds, Mpumalanga’s TB programme and TB hospitals are under two different directorates.

The Western Cape is also ‘desperately short of staff’, and needs 13 more doctors.

All Sizwe staff including those in administration get paid ‘danger pay’, an extra allowance for working in an inhospitable area ‘ something that helps to overcome staff resistance to what is seen as dangerous work.

Staff in in other provinces have yet to get this allowance, but there is a real need. Last year, some 80 healthworkers were treated for MDR TB in KwaZulu-Natal’s King George V Hospital alone.

King George’s Dr Iqbal Masters said that healthworkers who got TB were entitled to special sick leave, compensation for loss of function and funeral and dependent benefits if they died. ‘But in my 14 years of working with hundreds of staff, I have never seen anyone get compensation,’ said Masters.

All provinces complained about ‘unruly patients’ who became violent at being confined to hospital for long periods. Many of these were prisoners sent to the hospital by the Correctional Services Department. In the Eastern Cape, 22 patients had been charged with public violence after a protest.

In the Northern Cape, some patients sexually harassed staff while a number of provinces reported violence linked to patients’ alcohol and drug abuse.

Dr Danie Theron from Brewelskloof in the Western Cape said he gave ‘undisciplined’ patients one warning then discharged them as ‘my staff is much more valuable to me than the bad apples’.

However, some of the TB medication may be partly to blame. Some of the drugs cause serious side-effects including deafness and psychotic behaviour that sometimes led to suicide. Last year, there were five suicides at King George V Hospital in KwaZulu-Natal, while 95 patients were classified psychotic. Two patients committed suicide at Sizwe Hospital.

Depression is also a problem, with 22 patients being diagnosed with depression at King George last year. Preller also reported that a number of patients in the North West were on antidepressants because of stress and social isolation.

‘Some have been in hospital since 2006 and are isolated from their families and communities. Their grants and pensions are also a source of stress as they fear that they are going to loose them,’ said Preller.

Many patients lose their social grants if they are hospitalised, and this obviously had a negative effect on their families and contributed to patients absconding from hospitals once a month to collect their grants.

Workshop delegates asked the health department to recommend that a ‘social relief grant’ was paid to drug-resistant TB patients for two years, provided that they remained on treatment.

Sizwe Hospital deals with MDR and XDR cases in Gauteng. It has 251 active beds and is served by 8 doctors.

In 2007, 454 MDR patients were admitted and three-quarters responded to treatment while 55 died (12 percent). However, of the 63 XDR patients admitted, 14 died.

13 doctors run the 355-bed eThekwini MDR TB beds as well as a very busy outpatients department (over 800 patients a month). The doctors are based at the province’s main drug-resistant TB referral centre, King George V Hospital (160 beds) and a 195-bed step-down facilit y called FOSA. About 70% of patients are also HIV positive. In 2006, the cure rate at King George was 31%.

In March, three satellite MDR TB centres were set up in Thulasizwe, Greytown and Murchison hospitals. Between them, they offer 100 beds and have another 300 outpatients. In August, another satellite was set up at Manguzi Hospital. More are planned at Mosvold, Catherine Booth and Doris Goodwin hospitals.

By August, the province had MDR 475 beds and had reduced its patient waiting list to 40 from 100 last year. Patients can wait up to a month to be admitted.

There is a community-based progamme at Church of Scotland Hospital staffed by three doctors.

There are 56 beds in North West for drug resistant TB and 42 patients on the waiting list, but a new facility is being built to accommodate more patients. Last year, 160 patients were treated for MDR TB while 117 have been treated so far this year.

Patients are admitted to a 38-bed unit at Witbank Hospital, but demand outstrips supply. Last year, the province treated 167 MDR patients and this year, it already has 128. Of the 11 XDR patients, five have died.

There are 50 MDR beds in the vast province, at Gordonia and West End Hospitals. Neither facilities have their own dedicated staff, from doctors to cleaners. The doctor and nurse trained in MDR TB resigned last year. In 2007, 197 MDR TB cases were registered. 19 XDR cases have been registered since 2006, 5 of whom have died.

One fulltime MDR doctor at the province’s MDR TB unit at Thaba Nchu.

An independent ‘ombudsman’ to monitor patients’ access to health care has been mooted by the SA Human Rights Commission (SAHRC) ahead of its three-day public hearings on health services.

A deadly new strain of drug-resistant TB presents an additional burden for overworked staff at KwaZulu-Natal’s only MDR TB hospital.

The North West has the least doctors, but your teeth may well rot in KwaZulu-Natal before you get to see a dentist, according to the SA Health Review. 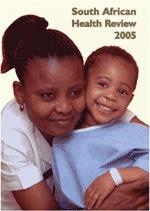