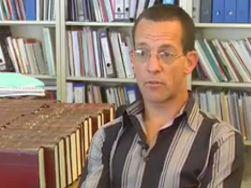 Speaking on the first stop of the ‘Work the Future’ road show, organised by Business Unity South Africa, Metropolitan and the SA Business Coalition on HIV and AIDS, Heywood there was a stated committed from Health Minister Barbara Hogan and Deputy President and SANAC chair Baleka Mbete to make HIV and AIDS a priority.

Heywood said these commitments had been backed up by an extra R932-million over the next three years, structures to strengthen SANAC and plans to send out a strong message on World AIDS Day.

‘We have been struggling to get SANAC to operate efficiently because of the secretariat’s location within the Health Department, but it has now been moved to the Development Bank of South Africa, which will make a massive change,’ Heywood said.

Heywood said Hogan had ‘instructed’ SANAC to come up with an operational plan for a prevention social mobilisation event around World AIDS Day on December 1. He said there were already moves to urgently improve the Prevention of Mother to Child Transmission Programme which has seen reductions in transmission levels to around 3% in parts of the Western Cape, but transmission rates as high as 40% in parts of Limpopo.

Heywood said that SANAC was hoping for President Kgalema Motlanthe to address the nation on World AIDS Day, joined by outgoing UNAIDS Executive Director Dr Peter Piot, who will be in South Africa.

SANAC was exploring the suggestion of a 15 minute ‘stoppage’ around the country on World AIDS Day when businesses and trade unions will speak to employees and members about HIV and AIDS.

Heywood said there was a critical need to make an impact on preventing infections. He said the National Strategic Plan, which has a stated goal of halving new infections by 2011, was not making progress.

‘Our prevention campaigns are too unfocussed and need to be broken down. We need to be speaking to people’s real lives. It is intolerable that we have about 1 000 new infections every day,’ said Heywood.

He said that there was a lot of ignorance and that campaigns needed to speak to those people. However, he said that others knew everything, but still became infected. ‘You need campaigns that speak to a poor 16-year-old girl who knows the facts, but lives in a rural area and is powerless against predatory men. Then we have also ignored another group, pretending that their type of sex doesn’t exist. We have ignored the very serious epidemic among men who have sex with men. Anyone trying to get information on how to protect themselves will find it very hard,’ said Heywood.

‘We have got to take HIV away from the national and place it in the local circumstances in which people work,’ said Heywood.

Professor Wiseman Nkuhlu, former Chief Executive of the New Partnership of Africa’s Development (Nepad) and chair of the Metropolitan Board, told the gathering that HIV/AIDS was the biggest socio-economic challenge facing South Africa.

While attending the recent International AIDS Conference in Mexico, Nkuhlu said ‘I kept asking myself where is South Africa on this thing? Other sub-Saharan African countries seem to be more successful in tackling the epidemic and we need to ask why we are not showing the same progress as Uganda and Botswana which took it seriously and is showing progress’.

Nkuhlu said HIV and AIDS demanded visionary and courageous business leadership similar to the response that turned the tide against apartheid.

‘The threat is HIV/AIDS kills 370 00 young South Africans per year and this is a real crisis,’ said Nkuhlu.

Nkuhlu said it would require leadership by captains of industry and implementation of company specific plans if South Africa wanted to achieve universal access to HIV/AIDS prevention, treatment, care and support by 2010.

‘The CEO must take the leadership role, stand up and champion and engage stakeholders. It is not enough to simply make resources available, leaders need to speak openly about the challenge facing us,’ Nkuhlu said.

Heywood responded that as an activist it was exciting listening to Nkuhlu: ‘I have waited for a long time for business to step forward and lead in addressing this epidemic. We are indeed facing a scenario where we need to dig ourselves out of another mess.’

The ‘Work the Future’ road show is a pragmatic platform that will outline scenarios ranging from devastating to inspiring, based on a range of possible responses by civil society, business and government.

Its chief aim is to engage business leaders on their role in the HIV/ AIDS  Strategic Plan for South Africa, 2007 – 2011 (NSP), promote business collaboration and highlight what business is currently doing (or failing to do) in addressing prevention of HIV infections and in providing treatment, care and support. ‘ health-e news service

The North West’s rate of immunisation of babies is the lowest in the country, and its TB cure rate has worsened slightly.