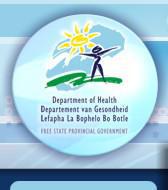 The issue came to the fore a few days ago when the Manager of the Free State’s Comprehensive HIV and AIDS Management programme Dr Mvula Tshabalala sent a curt e-mail to facilities informing them that the province was experiencing an acute shortage of antiretroviral drugs and that this could lead to patients defaulting on their treatment.

‘The only way to avoid this is by keeping the remaining ARVs for the exclusive use of those on treatment already with the exception of clients on the PMTCT programme (pregnant women).  In short, what this practically means is that, until further notice, no new clients should be started on ARVs except for pregnant women in the PMTCT programme, that includes their babies,’ Tshabalala wrote.

Tshabalala revealed in e-mails sent to staff that those on the waiting list would be put on hold indefinitely. He also called for the suspension of drug readiness training as ‘it will raise false hopes and by the time we start them with ARVs they may have forgotten everything they were told because they did not practice’. He then ordered the suspension of baseline blood tests, an indication of whether a patient should be put on ARVs and how far the disease has progressed.

Internal e-mails released by the Treatment Action Campaign (TAC) this week revealed that the province’s antiretroviral programme pharmacist Paleso Santho’s phone had been ‘ringing off the hook’ after Tshabalala pressed the send button.

In one of the e-mails, Santho acknowledged that those at the sites ‘are faced with an even worse situation whereby you have to turn away patients because of the present circumstances.

‘The same patients who look at you as their last hope in life. It’s really unfortunate and I am sorry you had to be placed in that position,’ Santho wrote.

Santho asked what should be said to patients who had been on the waiting list for about six months and had been given a date in November or December.

South African National AIDS Council Deputy Chairperson Mark Heywood confirmed that he had raised the issue with the Department of Health and that he had been informed that it was being addressed.

Meanwhile, the TAC has called for an immediate end to the stoppages as well as an investigation into the source of these shortages and stoppages, which they alleged stemmed from gross financial mismanagement within the Free State Health Department.

The TAC demanded the establishment of an interim committee and process which would ensure that treatment was made available to patients while the investigation and audit was underway while the staff members responsible be held accountable.

Treasury’s Mid-Term Provincial Budget Report confirmed that the Free State had spent less than 50% of its R189,6-million grant earmarked for the prevention and treatment of HIV and AIDS. According to Treasury records R94-million of the Free State grant had been transferred to the province.

‘They don’t have a money problem. Our projections show that if there is an overspend by the end of the financial year it will be marginal,’ said Treasury spokesperson Thoraya Pandy.

She said Treasury had made an additional R300-million available in the adjustment budget, but it had been allocated to those provinces where overspending was projected.

A source said it was baffling why the province had not raised their concerns in the adjustment process if there was a problem. ‘It is difficult to understand that is going on here and why there is this crisis, but we are starting to think it’s a mismanagement problem,’ the source said.

In April, the province had 28 787 people on treatment.

Attempts to get further detail from Free State Health spokesperson Elke de Witt were unsuccessful. At the time of going to press she had failed to respond to a list of questions sent for clarification.

National health department spokesperson Fidel Hadebe said they would comment as soon as they had all the details at their disposal.