Scoring against AIDS Living with AIDS # 374

‘Show me your number,’ a new campaign using football players to boost awareness around HIV and AIDS on and off the soccer pitch was launched recently.

Synonymous with soccer is the bad boy image of some of the players. Their excessive boozing and womanising, often with drastic consequences, have become too well known. The ‘Show me your number’ campaign also aims to ‘clean up the act’, explained project manager, Mabalane Mfundisi.

‘Players move from one place to another and everywhere they go ladies throw themselves at them. It’s easy to get any lady that you want. We are aware that people will make mistakes and people do make mistakes. But there are mistakes you can avoid. As soccer players we’re saying: ‘Just don’t go on doing wrong things. You need to take responsibility because you have power. People look up to you. And other than looking up to you scoring goals, they want to see you scoring goals of life, scoring goals of responsibility’. So, we want the players changed’, he said.

As chairperson of the AIDS Consortium, Mfundisi is acutely aware of the HIV and AIDS problem in South Africa. He added that soccer players are also reeling from the effects of the epidemic.

‘They come from communities. They bear the brunt of the pandemic. Families ‘ some of them are dependent on these particular players. Some of these players depend on them in terms of support. We see them as heroes. We see them in newspapers. But they are human beings, after all. And if their rocks of Gibraltar in their families, for a lack of a better word, get to suffer they also suffer themselves. So they want something done and they want to be part of what needs to be done’.

The ‘Show me your number’ campaign will serve to educate players about the epidemic as part of a broader wellness programme in the run-up to the 2010 soccer World Cup and beyond. The catch phrase of the campaign is ‘Chuna iets, mzala’. That is township lingo meaning that ‘every one of us can do something positive’. Players will also be encouraged to go into communities to share their lessons under the curiously named campaign.

There’s just a week to go before eHealthALIVE2016 kicks off at the Sandton Convention Centre in Johannesburg between 6 and 7 September 2016. 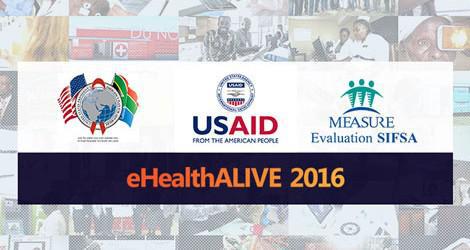