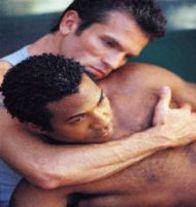 Studies conducted in Durban, Johannesburg, Cape Town and Soweto show that there is a higher HIV prevalence rate amongst men who have sex with men.

Using a small sample of just over 280 men, one of the studies conducted in both Johannesburg and Durban, found that there was an HIV prevalence of over 40% among men who have sex with men. In the Durban and Johannesburg study, 95% of the participants agreed to an anonymous test for HIV.

‘We found that of the 266 men that tested, 44% were HIV-positive’, announced Professor Laetitia Rispel Rispel of Wits University’s Centre for Health Policy, which conducted the research in conjunction with the Human Sciences Research Council (HSRC).

A similar study was conducted last year among 370 men in Soweto by Wits University’s Peri-natal HIV Research Unit. But HIV prevalence was much lower, with only ‘10.9 % of the participants testing HIV-positive’, said the programme’s Sibongile Dladla.

In Cape Town, a comparative study involving 200 African and coloured men who have sex with men was concluded in January this year. Announcing the results, Earl Burrel of the Desmond Tutu AIDS Foundation, said ‘the preliminary analysis has revealed an overall HIV prevalence in the sample of 25.5%, with a significantly higher prevalence of 37.3% among black MSM compared to 12.5% among coloured MSM’.

Even though the samples used in all studies are low, the results suggest that ‘there are actually parallel epidemics’, said Wits’ Professor Laetitia Rispel. ‘There’s a heterosexual epidemic, but there’s also a hidden, perhaps forgotten epidemic, among MSM and to a large extent, they have fallen off the agenda over the last 15 years. And the National Strategic Plan actually acknowledges that very little, that nothing is known (about the MSM epidemic). It acknowledges, firstly, that in South Africa it (AIDS) started as a homosexual epidemic and it also acknowledges that at this point in time there is little known about the epidemic among MSM’, she concluded.

The more than 100 000 nurses employed by government are expected to benefit from salary increases before the end of March, the health department has confirmed.

Carrying a badge and wearing a uniform have not stopped Kuruman police from allegedly threatening sex workers in an attempt to coerce sex workers to provide their services for free, according to Northern Cape Provincial AIDS Council Chairperson Beau Nkaelang.

President Thabo Mbeki opted to dedicate a significant chunk of his state of the nation address to health matters, including HIV/AIDS. Although not giving too much away, he touched on the subjects of drugs, the prevention of mother-to-child transmission, the urgent need for  a vaccine, prevention, care and treatment.