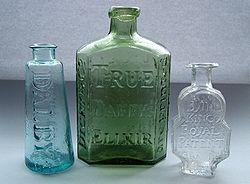 The national health department and the Medicines Control Council (MCC) have failed to respond to a warning from South Africa’s top pharmacology academics and experts that the South African market is being flooded with all kinds of quack remedies and dubious ‘medicines’.

The health department, MCC chairperson Professor Peter Eagles, MCC Vice-chairperson Professor Tshimbi Mathivha and MCC Registrar Mandisa Hela have all failed to acknowledge a letter which was sent to them on March 26, which warns that many of the so-called complementary medicine products distributed were a public health hazard.

The five-page letter has been signed by prominent academics including Prof Roy Jobson of the Faculty of Pharmacy at Rhodes University, the dean of the department Prof R Walker, Andy Gray of the University of KwaZulu-Natal, Prof Gary Maartens head of clinical pharmacology at the University of Cape Town, Prof Dan Ncayiyana, editor of the SA Medical Journal, Dr Francois Venter, President of the HIV Clinicians Society and Nathan Geffen of the Treatment Action Campaign.

In 2002 there was a directive from the health department to manufacturers and distributors of complementary medicines to submit information on their products to the department’s medicines regulatory affairs cluster. The call-up was introduced with the goal of auditing the complementary medicines market over six months. The notice expired six months later, but manufacturers and marketers of these products continue to submit their information in terms of the expired call up which evidence that no audit ever took place.

The information submitted continues to be accepted by the Medicines Regulatory Affairs Cluster of the Department of Health and as a consequence these products are freely marketed without any regulatory oversight, the signatories warn.

They added that the MCC’s failure to regulate these products undermined the Constitution. ‘The Bill of Rights states that everyone has the right to bodily and psychological integrity. The free availability of these unregulated products to largely ill-informed consumers and citizens from all strata of society is a direct attack on their bodily integrity (there is no guarantee of the quality of the products and therefore no valid safety or efficacy claims are possible) and on their psychological integrity (as the advertising creates and sustains false beliefs in the non-validated claims for quality, safety and efficacy of the products),’ they said.

South Africa has experienced an influx of products promising anything from overnight weight loss to a cure for HIV/AIDS. The health department, especially under the watch of former health minister Dr Manto Tshabalala-Msimang, has failed to act against any of the distributors.

German vitamin seller Matthias Rath enjoyed tacit government support in 2005 where he distributed his untested remedies in Khayelitsha and Durban, claiming that antiretrovials were toxic.

Former truck driver Zeblon Gwala has been making a mint from selling Ubhejane, mostly in KwaZulu-Natal, refusing to disclose the ingredients, claiming that his product is superior to antiretrovirals.

In its strategic plan, the health department concedes that ‘complementary medicines are currently not well regulated and this poses a serious health risk’.

Health department spokesperson Fidel Hadebe, Eagles and Hela failed to respond to a list of questions at the time of going to press.