Home » What you need to know about Influenza 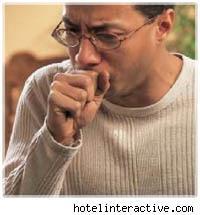 Strains of Influenza have baffled researchers ever since the first human flu virus was isolated for research purposes in the 1930’s. We spoke to an expert to try and explain the behaviour of the virus that causes Influenza.

PHAKAMILE: Prof. Barry Schoub, the Executive Director of the National Institute for Communicable Diseases, says people often talk about influenza in very loose terms when referring to common colds and coughs. We asked him what the difference is between common colds and influenza?

PROF. BARRY SCHOUB: Common colds and flu are due to a whole variety of viruses and, in fact, even Influenza can cause a common cold’s syndrome. What we mean by common colds, is acute respiratory infection of sneezing, nasal congestion, but without the systemic involvement. In other words, without the temperature, without the muscle aches and pains which we do get with influenza, due to the influenza virus. There is no vaccine against the common colds. But of course there is a vaccine, an effective and under-utilised vaccine in this country against our regular seasonal Influenza. Episodes of Influenza have been tracked all the way back to the 12th century.

PROF. BARRY SCHOUB: It’s called ‘seasonal flu’ because it’s associated with the winter season. Some seasons (are) more serious, some seasons less serious. Then in addition to the annual seasonal Influenza, we also get outbreaks which we refer to as ‘pandemic Influenza’. These are fortunately much rarer. They occur in every about 15 to 50 years, but are unfortunately very much more severe. The pandemic Influenza occurs when the virus crosses the species barrier, from animals to humans, and then establishes itself in humans and then circulates in the human population.

PHAKAMILE: How does it cause a pandemic in humans?

PROF. BARRY SCHOUB: First of all, it will go directly from an animal to a human. Now, that’s   insufficient. It won’t stay there. There’s another step which needs to follow, where there’s an adaptation from human to human and then you get a pandemic.

PHAKAMILE: Where does the Influenza infection originate from?

PROF. BARRY SCHOUB: Influenza in nature, in fact, is an infection of birds and it’s been in the bird population – all species of birds for many, many millions of years ‘ and, in fact, established itself in the bird population. So, flu actually, is a bird infection. The virus has infected humans at a very much later period in our evolutionary history. Now, the H5N1 is the one which we were all very worried about. That was the Avian Influenza.

PHAKAMILE: Why were you so worried about the Avian Influenza H5N1?

PROF. BARRY SCHOUB: The H5N1 is a virus which occurs in birds. In fact, it’s caused the largest epidemic in the bird population which has ever been described, killing millions and millions of birds, either directly or as a result of culling operations in both wild birds and domesticated birds. Occasionally, it’s crossed that species barrier from birds to humans. And of course as we all know, it started in south-east Asia, spread across the Asian continent into Europe and then in a few countries in Africa as well. There’s a mortality rate of over 60 percent. So, this is a very, very severe infection. But fortunately, there’s no sustained human to human transmission.

PHAKAMILE: How is the Avian Influenza related to the recent Swine Flu outbreak around the world?

PROF. BARRY SCHOUB: Pigs are susceptible both to the Bird Flu as well as the human flu,   and because of that there can be a mixing of the genetic elements from different species and there is also an Influenza virus specific to pigs as well, the so-called ‘Swine Influenza’ virus. Now, in 2009 we have our Swine Flu epidemic. So, this is now a new virus, a novel virus and that is why the name Swine Flu was originally given to this particular virus. But, of course, it’s given pigs a bad name. This is a new virus, a human adapted virus which you don’t get directly from contact with pigs. So, you can’t get it from eating pork, and so on.

PHAKAMILE: Now that it has established itself in the form of human to human transmission, where will it go from here?

PROF. BARRY SCHOUB: We actually don’t have the scientific tools in 2009 to actually predict (that). The flu virus is one of those viruses which has really surprised everybody with this unpredictability. So, we don’t really know what’s going to happen from here.