Zweli Mkhize on the NHI

KwaZulu-Natal premier and chair of the ANC’s health and education committee Dr Zweli Mkhize responds to the NHI debate in this piece which was published on Sunday and also appears in the party’s newsletter.

In the State of the Nation address, His Excellency JG Zuma, President of the Republic of South Africa stated clearly that:

‘We will introduce a National Health Insurance Scheme (NHI) in a phased and incremental manner. In order to initiate the NHI, the urgent rehabilitation of public hospitals will be undertaken through Public-Private Partnerships’.

This is all in line with the ANC 52nd National Conference 2007 Polokwane resolution that: ‘reaffirmed the implementation of the National Health Insurance System by further strengthening the public health care system and ensuring adequate provision of funding.’

The voters have given the ruling party a clear mandate to the current government to implement NHI.  It must be said however that the debate in the media came ahead of the release of details.

In order to translate the policy statements on NHI into reality, as a transitional arrangement, a Task Team on NHI was established to prepare the necessary background materials that will form the basis of a plan for NHI to be handed to the Minister of Health.   The chair of the Task Team led a team that comprised   of individuals   from inside and outside government with expertise from health economics, finance, tax collection, health planning, human rights, social security, labour issues, private hospital industry, medical aid and politics. These individuals came from departments of health, social development, treasury, SARS, science councils, universities, private hospitals, health care funders, private medical groups, labour movement-COSATU, SACP and ruling party, ANC.   The role of the committee is to make evidenced based proposals on both the design and the processes of implementing NHI in South Africa by the South African government.

The idea of the NHI has been proposed to cure the ills of the health care system in the country. The public health system has suffered a degree of under funding which has resulted in deterioration in the conditions of the state facilities, decline in the quality of care and exodus of skilled personnel.

This must be put into its proper context. The formerly ‘white only’ hospitals were always better resourced and had lower bed occupancy while the overcrowded formerly ‘blacks only’ institutions were familiar with floor beds and long queues. The integration of facilities brought the reality of the situation to the fore. The increasing burden of disease exacerbated by the HIV and AIDS pandemic together with Tuberculosis, poverty, high unemployment and apartheid backlog in service delivery has put extreme pressure on the public facilities and its hard working and ever-dedicated health care staff.

Many doctors in private practice are only too familiar with the situation of members of medical aids who get disqualified from seeing private practitioners because they exhausted their annual medical scheme allocation mid-year. They get dumped into the public health system as they cannot afford the fees in private hospitals.

All the medical aid schemes have the risk rating policy i.e. they recruit the younger and healthier members who are employed and need less medical attention, only to dump them or charge them more when they get sicker with age and cannot afford premiums after life-long contribution to the schemes.

With poor and overcrowded conditions many public institutions cannot compete with the private hospitals, even though they could use the additional revenue from private patients.

The costing in the private health sector is not conducted under conditions of transparency raising the question of what drives the spiralling costs.

The NHI has been proposed to create a mechanism to level the playing field and create equitable distribution of resources resulting in high quality of health services for all the people. Universal access to a basic package of services for both the rich and poor will be achieved by the NHI. With such a well developed private health sector South Africa needs to ensure a regulated coexistence of the two sectors to find a balance between the two extremities. This must include the increased funding for the public health sector and regulating the medical aids industry to pool the resources available for the whole country and create a common platform for improving health outcomes.

Currently principles of the NHI have been accepted by the ruling party. This allows for more detailed work to be completed and consultative processes be embarked upon.

Even before the details are publicly debated, it has been generally accepted that   revitalisation of all hospitals, improvement of the remuneration packages of the health care workers and transformation and capacity building of management is a pre-requisite for the NHI. This means that there is need for tremendous investment into the public health services. Hence the President announced that this revitalisation of public health institutions requires a public private partnership.

About 10 years ago, it would have cost R28 billion to revamp all hospitals in the country to a condition of new facilities. The figure may be higher today, but the rescheduling of debt that the PPP arrangements allow would be affordable even within current financial constraints. This means this is the time for laying of the foundation of NHI and creating environment for better quality health.

The NHI Task Team has a responsibility to design a plan for implementation of National Health Insurance in line with the ruling party Polokwane policy resolution in December 2007. The initiative focuses on both National Health Insurance as a funding model and delivery models that seek to eliminate the impoverishing out-of-pocket payments and co-payments, redistribute human and material resources in a highly inequitable system, improve the quality of health services, enhance access to essential services and ultimately improve health outcomes for the majority of the people. The proposed initiative is aimed at providing both technical and consultative support to the Task Team on National Health Insurance, as well as research advice, evidence, expert inputs to the design and implementation of NHI plan. Changes to the funding model for health care in South Africa require robust engagements with empirical evidence and key stakeholders if it is to become successful.

We are aware of the debates in the media which are obviously not based on facts because no details of such plan have been officially announced by government. The debates are not only ill-informed but highly speculative. We are also aware that the debates are coming from a few individuals from specific sectors of the private sector, who have vested interested in maintaining the status quo in which the majority of our people continue to struggle in accessing quality health care ‘ a Constitutional and a basic Human Right. Accusing the Task Team of pursuing an ideological agenda robs the country of a balanced debate in search of a lasting solution which a strictly market oriented approach cannot solve. We need to acknowledge the role of each of the sectors but seek a solution to correct the sortcomings. For that we require a sober and evidence-based debate, not an alarmist and confrontational discourse that we have currently characterises the debate in media.

The work of the National Task Team on NHI will be formerly released to the public through appropriate channels when it is complete. We appeal to the public to be patient and wait for the release of the formal NHI plan in the near future. The plan will include processes of consultations with all key stakeholders to ensure that the voices of the public, private sector, labour, civil society and others are heard and considered in the finalisation of the plan.

The public has until 31 May* to comment on the NHI White Paper, but the response has been muted. Yet the NHI provides an opportunity to improve quality and address the lack of health workers, writes Section27’s Sasha Stevenson.

OPINION: I am visiting the University of Cape Town from Australia ‘ this is the fourth consecutive year I have come to this physically beautiful city ‘ and I see in the media recently all sorts of comments on the proposed NHI. These comments are all almost hostile. But then these comments do not come from all sorts of people. By Gavin Mooney. 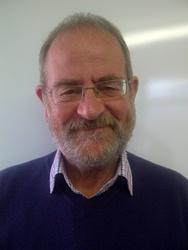