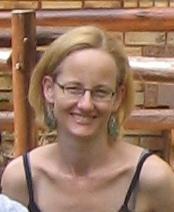 Health-e is very proud to announce that our television producer, Anna-Maria Lombard, has won the CNN African Journalist of the Year 2009 Award for HIV/AIDS reporting.

Anna-Maria won the award for ‘taking on the Quacks’, an expose of quacks and their fake cures for AIDS, which was broadcast on e-TV’s 3rd Degree late last year.

In the judges’ citation, the international panel of judges noted ‘ a steady improvement as our media has learnt to cover the story of millions infected and affected by Aids’.

‘As the death phase has peaked, quackery has followed misery. Across Africa, a series of charlatans, snake-oil salesmen and those out to make a quick buck ply their trade,’ said the judges.

‘ Anna-Maria Lombard and her team tracked the quacks on the streets of South Africa. We enter a world of ozonators, aloe vera miracles and followed the camera into a ward of desperate people attached to Star Wars-like machines. Apart from the obvious quacks, the producers also show how the natural medicine sector is not immune from the disease of trading in desperation.’

Health-e’s television unit has only been functioning for 18 months, and Anna-Maria won the award during the first year of its formation which is an incredible achievement.

Thanks to the Open Society Foundation for supporting Health-e’s television unit, without whom this would not have been possible.