If government wants to alleviate poverty, it should increase the number of people accessing social grants. This is according to recent submissions by a coalition of non-governmental organisations (NGOs) before the South African Human Rights Commission (SAHRC).

Speaking on behalf of the coalition, dubbed the National Working Group on Social Security, Isabelle Frye, Director of the Studies in Poverty and Inequality Institute (SPII), pointed out that:

However, Frye, said, ‘he hasn’t, at least, announced the extension of the child support grant to children aged 15 to 18, particularly as he stressed the importance of secondary school enrolment’.

In her submission, lecturer at the Steve Biko Centre for Bioethics at Wits University, Marlise Richter, told the commission that, ‘people with HIV are defaulting on their antiretroviral treatment, in order to retain disability grants’. A few studies have shown that once they regain their health and their CD 4 counts improve, social security stops issuing grants to people living with HIV and AIDS.

The burden of HIV/AIDS has led to an increasing number of orphans and child-headed households in the country. But surprisingly, Statistician-General Pali Lehohla, failed to give a national figure of such families.

‘We haven’t done headship surveys that reveal that kind of phenomenon as a concept’, he said.

Painting a global picture of the reach of social security in the province, Follentine said:

The Steve Biko Centre for Bioethics’ Marlise Richter, called for a basic income grant and other poverty alleviation programs that will include sex workers.

‘Most sex workers remain in this industry because they don’t have many other choices. In terms of recommendations, these (poverty alleviation) programs should target sex workers, specifically with job creation opportunities, implementing a basic income grant and decriminalising sex work’, she appealed.

The submissions came just before violent demonstrations against poor public service delivery and unemployment in various townships across the country.

Released for public comment on 16 February 2015, these proposed norms and standards apply to a range of public and private health facilities.

This 36-page policy document outlines the Department of Health’s eHealth strategy, which is set to lead the department in improving patient information systems nationwide.

Health-e was the first news agency to be offered a one-on-one interview with Health Minister Barbara Hogan. She spoke about her priorities. 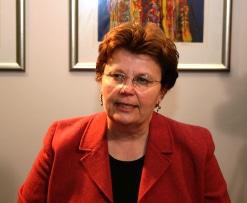