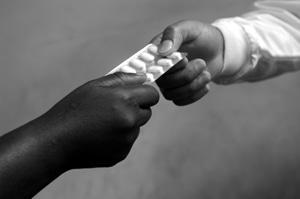 NAIROBI: (PlusNews) – The Global Fund to fight AIDS, Tuberculosis and Malaria is one of Uganda’s key health partners; over the past six years it has disbursed more than US$164 million in programme grants.

But the fund’s relationship with the government has not always run smoothly; in 2005, the discovery of serious mismanagement in the Ministry of Health led to the brief suspension of financing.

Stakeholders have criticized the government for being too slow in its investigations and prosecutions, but the wheels of justice have finally begun to turn; an anti-corruption court has charged more than 300 people with crimes ranging from embezzlement and causing financial loss to abuse of office and defeating the ends of justice. Four convictions have been made so far.

Below is a chronology of events:

August 2005  – The Global Fund  suspends  more than $150 million in grants to Uganda after a review of one of the five grants by auditor PricewaterhouseCoopers revealed “evidence of serious mismanagement” by the Project Management Unit in the Ministry of Health.

More than $1.6 million is later found to have been embezzled, misappropriated or not accounted for.

November 2005  – The fund  lifts  the suspension and releases a grant package worth $367 million; executive director Richard Feachem said the move followed the country’s “intensive efforts” to rectify the serious mismanagement of funding.

May 2006  – President Yoweri Museveni  leaves  the Health Minister, Jim Muhwezi, and his two deputies, Alex Kamugisha and Mike Mukula, out of the cabinet during a reshuffle. Although the president gave no reason for their exclusion, all three were implicated in the scandal.

June 2006  – The commission of inquiry  recommends  that former health ministers and other managers of the fund’s grants be investigated for possible criminal prosecution.

Justice Ogoola described the embezzlement as a tragedy in which “the greatest losers have been the people of Uganda. As the sick lay dying, the greedy middlemen dived for the kill.”

August 2006  – European envoys  express  concern  at the lack of urgency in the government’s efforts to prosecute culprits in the scandal; they ask the government to take “expeditious” action. The envoys would repeat this call several times over the next two years.

March 2007  – The fund  turns down  a grant application by the Ugandan government for $16 million. According to Aidspan, an NGO that describes itself as an independent watchdog over the fund, the decision was made because of Uganda’s “unsatisfactory performance”.

April 2007  – The government  directs  the police to commence investigations into the mismanagement of fund grants.

January 2008  – David Apuuli Kihumuro, executive director of the Uganda AIDS Commission, reports to the parliamentary public accounts committee that about $1 million has been recovered from individuals and institutions implicated in the misappropriation of fund money.

July 2008  – An anti-corruption court is created; the fund trials are its first order of business. Justice John Baptist Katutsi is named head of the court.

December 2008  – Teddy Seezi Cheeye, a senior figure in the national Internal Security Organization, becomes the first suspect to be charged before the anti-corruption court. Cheeye faces 26 counts stemming from his role as chief of the NGO, Uganda Centre for Accountability, which was paid about $60,000 to supervise fund activities in several districts in western Uganda. Justice Ogoola’s commission found that Cheeye spent $33,000 of fund money on a private trip to China.

April 2009  – Fred Kavuma, a former television producer, becomes the first person to be convicted of misuse of fund money. He is sentenced to five years in prison for obtaining $19,000 under false pretences and ordered to refund the money; he obtained the money for HIV sensitization projects but put it to personal use and submitted forged receipts to the health ministry.

Cheeye is also convicted of forgery and embezzlement and sentenced to 10 years. Fund director of communications, Jon Liden, lauds the conviction as a sign that Uganda “is a country based on the rule of law”, adding that, “this firm action sends a signal that corruption is unacceptable and will not be tolerated”.

Almost ten years ago a 22-year-old woman was told that she was HIV-positive, news that would change her life forever. Today, she runs one of the most successful civil society activist groups, widely credited for many advances in the lives of people living with HIV.

On the eve of international AIDS Day, Dr Nono Simelela, Special Advisor to the Deputy President of South Africa, speaks about working under Manto Tshabalala-Msimang

They should have given up working long ago and now be enjoying their retirement after careers spanning more than 60 years combined. But retired nursing sister Mrs Seabela and Mrs Khumalo, a retired social worker, have come back from retirement to help the sick, especially those with AIDS.