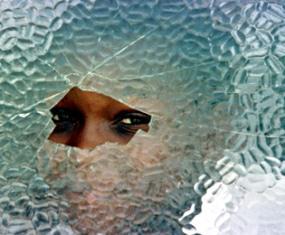 A special series of the Lancet focusing on South Africa spells out in painful detail how many of our health indicators are the worst in the world. But while our health system is littered with lost opportunities, the Zuma government brings the possibility of real progress, argue the series authors. Kerry Cullinan reports.

This is according to a special edition of The Lancet, the respected UK-based medical journal, focusing on health in South Africa which is being released in Johannesburg today (Tuesday, 25  August).

The Lancet makes depressing reading. Some of our statistics ‘ such as for HIV, TB and interpersonal violence ‘ are among the worst in the world. We are beset by racial and gender inequity ingrained by decades of colonialism and apartheid.

‘Racial and gender discrimination, income inequalities, migrant labour, the destruction of family life and persistent violence spanning many centuries but consolidated by apartheid in the 20th century’ are to blame for the current health problems, according to Professor Hoosen Coovadia and others, who wrote the introductory chapter.

Health indicators are still badly racially skewed. In 2002, the infant mortality rate among whites was seven per 1000 babies born. For African babies, it was 67 per 1000.

There are also inequities between provinces. Western Cape children under five have a mortality rate of 46 per 1000 in comparison to KwaZulu-Natal’s 116 per 1000.

Sexual entitlement of boys is ingrained, with almost 40% of girls reporting that they were sexually abused before the age of 18.

Teen pregnancy is widespread, and half of all South African women have had at least one child by the age of 21.

The role of alcohol abuse is raised over and over throughout all the six chapters. It plays a major role in violence, including murder and rape, road accidents, unsafe sex.

‘Rudeness, arbitrary acts of unkindness, physical assault and neglect by nurses have been widely reported’ during the post 1994-era, according to the authors.

Aside from rudeness, there is also a shortage of skilled health staff. Thanks to the ill-conceived decision to close a number of nursing colleges to save money during former President Thabo Mbeki’s era and migration, the rate of skilled professional nurses has dropped from 149 per 100,000 people in 1998 to 110 per 100,000 in 2007.

‘As many as 40% of nurses are due to retire in 5-10 years and nursing remains the most crucial area for urgent policy intervention,’ note authors

Post-1994, many inexperienced managers were placed in positions of seniority and they have struggled to deal with major challenges, particularly human resource management.

Unfortunately, ‘incompetence within the public sector is widespread’ and government has lacked the ‘political will and leadership to manage underperformance in the public sector’. Loyalty rather than the ability to deliver has been rewarded.

There is no personal accountability. Leaders and managers have not been held accountable when mistakes have been made.

‘Without concerted efforts to change national thinking on accountability, South Africa will become a country that is not just a product of its past but one that is continually unable to either address the health problems of the present or to prepare for the future,’ assert Coovadia and others.

Former President Mbeki’s ‘bizarre and seemingly unshakeable belief that HIV did not cause AIDS’ resulted in hundreds of thousands of lives lost and a substantial burden of ill health.

While ‘the public health system has been transformed into an integrated, comprehensive national service’ the ‘ failures in leadership and stewardship and weak management have led to inadequate implementation of what are often good policies’, conclude the authors.

Lancet UK editors Dr Richard Horton and Dr Sabine Kleinert conclude: ‘The South African people have shown extraordinary resilience during difficult times. The current leaders have survived apartheid, and often imprisonment, to fight for the future of their country. Civil society, with its strong voice, has brought about many important changes in health.

‘South Africa is a young democracy with pride and hope, and above all with high expectations for a fair, equitable, and peaceful society. Its people deserve a healthy future.’

The Bush Administration’s approach to the global fight against HIV/AIDS is increasingly taking on the domineering, “go-it-alone” trademarks of US foreign policy.

The Human Sciences Research Council (HSRC) has urged whites and Indians to take part in the third South African National HIV, Behavior and Health Survey, which is now underway. This follows past observations that the two racial groups do not want to participate in HIV surveys.

HIV/AIDS and lifestyle diseases are the chief causes of death among South Africans, doctors and nurses continue to leave the country and health spending is not keeping pace with what is needed. All in all, we’re not looking too healthy.