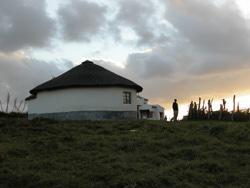 JOHANNESBURG: (PlusNews) – A new book has broken the silence over what really goes on during traditional male circumcisions in South Africa, and the author, a former initiate, says that if is to be made safer and punted to prevent HIV, circumcision as many know it will have to change.

Thando Mgqolozana chose to be traditionally circumcised when he was 20 years old. Now a qualified nurse, he has written a novel on male circumcision, “A man who is not a man”.

The large number of boys who die or experience complications during the rite of passage prompted the book, which tells the story of a boy who “fails” manhood after a botched circumcision.

Mgqolozana hopes that by breaking the traditional taboo that forbids talking about the rite, the book will highlight the need to transform the practice to reduce the deaths that are common in June and December.

“The problem is, when you start talking about this your manhood comes under scrutiny,” he said at the recent launch of the book in Johannesburg. “I think I stand a chance to be listened to because I’m not saying, ‘Abolish the tradition’, but I’m saying, ‘Let’s see if we can improve it to curb the deaths.'”

He suggests the presence of more attendants to assist newly circumcised men after the procedure, and the introduction of psychologists to help initiates deal with the trauma of the operation and re-entering their communities.

Traditional circumcision is about more than just a cut, Mgqolozana noted. “I definitely benefited from the lessons I was taught about life during my initiation that I don’t think I would have gotten anywhere else, and this is what people don’t unpack about circumcision.”

The debate fuelled by Mgqolozana’s book is likely to continue; the author has already been approached to write a regular blog on the subject.

The Treatment Action Campaign may suspend its call for the resignation of Health Minister Manto Tshabalala-Msimang provided that government ‘shows the leadership on HIV/AIDS that we have been asking for, for the past five years’.

Years of digging for gold at Anglo-American mines have left Zonesele Blom with an incurable lung disease, called silicosis. His health has deteriorated to such a degree that he is no longer fit to work. 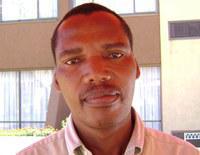 For years, schools in Ikageng have allowed hawkers to sell food to learners inside school premises, but one primary school has decided to bar them.