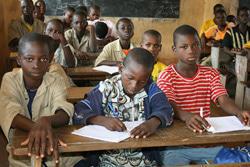 JOHANNESBURG: (PlusNews) – An attempt to help educators around the world develop sex-education programmes as a way to reduce unwanted pregnancies and the spread of sexually transmitted infections (STIs) among young people has become bogged down in controversy.

The UN Educational, Scientific and Cultural Organization (UNESCO), in partnership with several other UN agencies, reviewed 87 studies and consulted a long list of experts on sexuality education to draft the 98-page  International Guidelines on Sexuality Education.

The guidelines are still being finalized but a draft version suggests key areas that a sex education curriculum should cover at four different age levels between five and 18. The topics include relationships, reproduction, gender inequality and various aspects of sexuality, but conservative groups in the United States have focused on a handful of suggested learning areas that they view as overly explicit and inappropriate for young children.

Statements by UNESCO as well as the Sexuality Information and Education Council of the United States (SIECUS), which helped develop the document, have defended it as an evidence-based strategy for reducing HIV infection in young people, and improving their sexual and reproductive health.

They cite data from the International Planned Parenthood Federation showing that every year at least 111 million new cases of STIs occur among young people aged between 10 and 24, and up to 4.4 million girls aged 15 to 19 seek abortions, most of which are unsafe. According to UNAIDS, 45 percent of new HIV infections occur among people between 15 and 24 years old.

‘At the moment, education is the best weapon we have for dealing with these issues,’ said Mark Richmond, UNESCO director of the Division for the Coordination of UN Priorities in Education. “Evidence tells us that by and large young people do not have access to the knowledge that could help them make informed decisions … the new guidelines contribute to filling this gap.”

Anticipating many of the objections, a lengthy section of the document, called “The rationale for sexuality education”, notes that one of the challenges is to reach young people “before they become sexually active, whether … through choice, necessity or coercion”.

“These International Guidelines emphasize the importance of addressing the reality of young people’s sexual lives: this includes those aspects of which policy-makers and others may personally disapprove,” the authors noted. “Decision-makers with a duty of care have to recognize that good scientific evidence and public health imperatives should take priority over personal opinion.”

‘I think there’s substantial evidence that sex education does not lead to irresponsible sexual activity,’ he told IRIN/PlusNews. ‘There are age-appropriate ways to talk about sex … and kids are sexual from an early age; they’re curious about their anatomy and procreation, and it’s better they have the right information than the wrong information.’

A report in the New York Times on 1 September asserted that the controversy had caused the UN Population Fund (UNFPA), a key partner, to pull out of the project, but a UNFPA spokesperson refused to confirm this, saying only that the organisation was still in discussion with UNESCO about making the publication ‘more context-specific’.

Another criticism by conservative commentators was that the guidelines took a one-size-fits-all, culturally insensitive approach. Mary Beth Hastings, deputy director of the Center for Health and Gender Equity (CHANGE), a US-based NGO, disagreed.

‘I think conservative groups tend to blow anything about sexuality, particularly regarding children, out of proportion and they do so because of their agenda,’ she told IRIN/PlusNews. ‘There are fundamental truths about child sexuality that have to be dealt with. I think the guidelines allow countries to adapt to their culture but still understand that children are going through a process that has to be addressed.’

The guidelines will be formally launched at the United Nations in New York at the end of October. Hastings said she hoped the debate would not detract from the original aim of providing sexuality education as part of global HIV-prevention efforts.

‘With the extent of HIV transmission, particularly among young women, I think this could be a tremendous tool,’ she said.