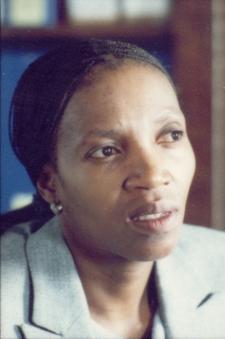 With the economy in a recession, fears abound that government funding of major health programmes, including HIV/AIDS, could diminish. But the country cannot afford to let its citizens go without much-needed treatment, warns the head of the South African National AIDS Council (SANAC).

Signs that AIDS spending could be in jeopardy first appeared last November when thousands of new AIDS patients were denied access to treatment in the Free State province. The provincial Health Department had placed a moratorium on enrolling new people on antiretroviral therapy because of budgetary insufficiencies. Since then, politicians and government officials have warned of more tough times ahead, blaming the recession. But that’s an excuse to do nothing, suggests the Chief Executive Officer of the South African National AIDS Council (SANAC), Dr Nono Simelela.

‘My sense is we have to find budget somewhere and make a case to Treasury for this’¦ however we do it, whether it’s looking again at the equitable share, in addition to the conditional grants, those sorts of things’, Simelela said.

Making a direct reference to money being spent on preparations for the upcoming soccer World Cup compared to health expenditure, Simelela said:

‘The bottom line is we have to make a decision: Building stadia or getting money out for people’s health. It’s extremely important to focus on this issue because we’re not out of the woods yet with HIV in this country, so we can’t afford to be lax about our response, we can’t afford to run out of money.

I’m not saying we should not be hosting World Cup soccer and those sort of things, but we should be cognizant of what are the key things that the country needs to go even beyond 2010 because beyond 2010 there will still be people, there will still be sick people, there will be people dying from HIV, and that is a reality that we have to confront today, not wait. I think it’s going to be hard to argue and motivate against not giving money for this. We really cannot go back to being criticized and being labeled as an uncaring government. We can’t do that anymore’, she said.

‘One of the key roles of SANAC is that we will be going out there to the donors. But I think the donors want to also see a commitment from the side of South Africans and government.   That, for me, is a very, very serious issue and I think the Minister of Health and all the provincial departments really, really have to come together and think about this. We can’t have the same situation in the Free State repeating itself across the country. I think that’s tragic’ added Simelela.

She blamed the Free State crisis on ‘a lack of proper planning’ and said adequate planning is critical to ensure that a similar situation does not arise anywhere in the country.

The health of many AIDS patients is already under threat.

According to information released this week by the Budget and Expenditure Monitoring Forum – formed recently to ensure that there are no further treatment interruptions such as in the Free State – only three provinces are in a good financial state to meet the demand for treatment. They are the Western Cape, Northern Cape and North West. Simelela and her team at the SANAC have a great deal of work ahead to ensure that treatment services to the six other provinces are not interrupted.