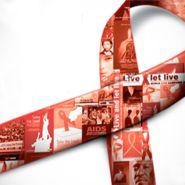 Over four million people were receiving AIDS treatment in low and middle-income countries by the end of last year – a significant increase from five years ago. But although access to treatment has improved, five million more people had still not received ARVs in 2008.

This is according to a report released yesterday (30/09/2009) by the World Health Organisation (WHO), the Joint United Nations’ Programme on HIV/AIDS (UNAIDS) and the United Nations’ Children’s Fund (UNICEF) on public health sector interventions to address the AIDS epidemic. The report, which surveyed about 160 countries, the bulk majority of whom are low and middle-income countries, shows significant changes in how health systems have responded to the epidemic.

But as more people accessed treatment last year, many more were still left out.

Closing the gap seems increasingly difficult because of rising HIV infections. Two-thirds of the global epidemic is in Africa. Last year alone, about 1.7 million new infections occurred on the continent, compared to 900 000 people who started treatment.   Add to the mix the current economic climate, the prospect towards universal access to treatment becomes even bleaker, and countries are advised to start becoming self-reliant.

‘Health financing in countries need to look into the possibility of countries taking on their own treatment programmes and funding some of them and not necessarily relying only on external partners like the Global Fund or PEPFAR… these funds will dry up. In my opinion, I don’t think it will ever be possible to close that gap completely. Countries will have to come up with innovative ways’¦ strategies’¦ health insurance schemes’¦ ways to lessen the amount of help that they need from external sources’, Anyangwe said.

On a positive note, the report notes significant drops of between 10% – 40% in the costs of ARVs, especially first-line treatment, in the various countries surveyed. The proportion of people accessing testing and counseling services has also increased, although the problem of people testing late is still rife. Progress has also been noted in prevention of mother-to-child prevention programmes and paediatric AIDS.

Although access to treatment and testing and counseling services is improving the report warns that unless human resources for health are beefed up success will be very limited. Another problem has to do with procurement of medicines and equipment. Some countries are still experiencing stock-outs, while finances are making it virtually impossible to provide treatment on a wider scale.