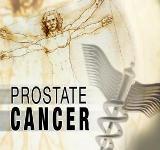 Over 4000 men are diagnosed with prostate cancer every year in South Africa and more than half of them die. According to the Cancer Association of South Africa (CANSA) these numbers could be reduced if more men were screened.

Vanitha Naidoo, head of health programmes at CANSA in KwaZulu Natal explained that screening for prostate cancer was expensive making it difficult for more men to access it.

‘Unfortunately there is currently no institution that offers free screenings for prostate cancer to our knowledge which means people have to go to private care to be screened and not everyone can afford that. Most people are dependent on public hospitals and clinics for their health needs,’ she said.

According to the National Cancer Registry (NCR) prostate cancer is the first of the five leading male cancers and it affects one in 23 men.

It is still unknown what causes prostate cancer but ethnicity, family history of any form of cancer and an unhealthy diet are some of the risk factors known to increase the chances of developing it.

Peter*, 71 a sales representative at a Durban printing company had always been an active person. He ran the Comrades ultra-marathon ten times, was a soccer player until he was 40 years old and was a surfer with Durban Surf for a short time in his young days. The married father of three and grandfather of two had no health complaints.

However, a visit to his general practitioner in 2006 revealed that his blood pressure had escalated. As part of the check up routine his doctor recommended for him to get a prostate-specific antigen (PSA) test – the test checks for a protein that is produced by the prostate which is found in the blood and measures higher in men with prostate cancer.

Patients are usually referred to a hospital for further tests if their PSA level is high or if the doctor feels any abnormalities during the digital rectal examination ‘ checking for abnormalities in the prostate by inserting a gloved finger into the rectum.

Peter’s first PSA test was slightly worrying with his levels elevated. His doctor advised that they keep an eye on his condition, but he retired leaving Peter to see another doctor who had no knowledge of his condition.

In 2007 his blood pressure escalated again and he had an irregular heartbeat.   His new doctor recommended a routine PSA test which revealed even higher protein levels.

He was screened again when he went to a CANSA awareness outreach programme and was told the PSA had escalated even more.

‘After receiving the results I knew I could no longer ignore my condition so I went to my doctor and told him the results. He just told me to relax and think about the options of treating my condition,’ said Peter.

Dr Tjaart Fourie, head of Urology at the University of KwaZulu Natal said a biopsy was the best way of testing for the presence of cancer in the prostate.

Peter’s doctor referred him to a urologist who confirmed he needed to do a biopsy – a technique that is performed after a PSA has shown that cancer may be present. Samples of tissue are extracted from the prostate to be examined under the microscope. The test is usually uncomfortable and sometimes painful but does not need a general anaesthetic although a localised anaesthetic can be given to reduce discomfort.

After the tests were done the urologist told him ‘not to panic but there were spots of cancer found in my prostate.’

‘The urologist, oncologist and I discussed my condition and decided on the best therapy for treating the cancer. Being part of the decision making was great especially after being given all the relevant information to help me make the right choice,’ said Peter.

After determining that the cancer was not very advanced, the urologist recommended Brachytherapy, a procedure which involves implanting radioactive seeds that are slowly released to destroy the cancer.  A year later Peter’s PSA levels had returned to normal.

According to CANSA measuring the PSA levels is not reliable enough as other conditions increase the PSA levels as well, but that it could help determine the progress of the cancer and the effectiveness of treatment.

Fourie agreed that the PSA test may not always be reliable and warned that people should not only base their health progress or regress on it since the PSA levels also increase as men get older.

Peter’s outlook on life changed enormously after accepting the diagnosis as he had embarked on advising other men who have recently been diagnosed.

‘I find it easy to speak to people about my illness. I try to convince as many men as possible to get themselves screened. I managed to convince a friend of mine to get himself screened for prostate cancer. He was screened and had a biopsy that showed that he had cancer,’ said Peter .

His friend went through Brachytherapy and was cured.

Fourie said if men presented early for screening there was a greater chance for the cancer to be reduced.

‘If screening was applied to prostate cancer as it is with other cancers such as breast and cervical cancer there would be a greater chance of diagnosing more men and offering them treatment. If a day was set aside for men to get free screening at hospitals we could see a reduction in men who die from the condition,’ said Fourie.

* Only the first name was used at survivor’s request