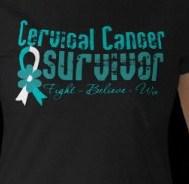 Pat McKenny never considered having a pap smear, in fact the thought of cervical cancer simply never crossed the mother of three’s mind.

A resident of Edenvale, east of Johannesburg, McKenny was 42 years old when she was diagnosed with cervical cancer. At the time she was dreaming of having more children.

However, her dream was shattered when the doctor told her that her womb had to be removed in effort to try and cure her.

‘I love babies and I wouldn’t have minded another one, she says, with palpable longing in her voice.

McKenny did not visit the doctor often before she was diagnosed with cervical cancer. However, when she started feeling tired continuously, she suspected that something was wrong’.

When the doctor first checked McKenny, he expressed some concern, but added that he was not overly worried. A day after the pap smear McKenny was told to return to the doctor the following day. ‘When I went in, he told me there were definitely changes in the cervix. There’s definitely cause for alarm and they would have to take my womb out.’

Now 66 years old McKenny recalls her care-free early memories. She confides that she started smoking at the age of 13 and had quite a number of sexual partners.

Research has shown that women are hesitant to have pap smears and others are not even aware that there’s such a screening method.

‘I do feel that people should go for the pap smears from the time they are sexually active. Let them go once a year.   Once a year they go for their medicals, you go to get your glasses, you go and get your teeth done. Go for a pap smear. As Oprah says, she gives herself a birthday present every year. She has a pap smear on her birthday every year!’

A lively character, McKenny reveals that for a few months after her womb was removed she ‘lived in fear, thinking that the cancer might have spread to other parts of my body’. However, she has overcome the fear and is now living her life to the full.