Home » Why a pap smear is important 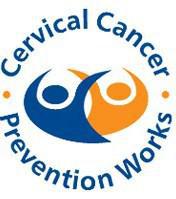 Cervical cancer is the leading cause of cancer-related deaths in South Africa. Many women are unaware that a simple screening test can detect cervical abnormalities early, which could save a life.

So, what is a pap smear? Many would ask.

‘A pap smear is a sample of cells. It’s a routine test to detect early changes in the cells of the cervix’, says Fahmida Lahre of the Cancer Association of South Africa.

‘What we normally do is you get a lady to lie down; we use an instrument called a speculum which we insert in the cervix; and then you take a little brush or a spatula; you take a little sample from the mouth of the womb; put it in a slide; and that goes to be investigated under the microscope’, Lahre explains.

The main cause of cervical cancer is a sexually transmitted infection known as the Human Papilloma Virus (HPV).

‘Women whose partners have or have had several partners and don’t use condoms are also at increased risk of having HPV infection’, she adds.

‘People that don’t go for regular pap smears are more at risk because if there  are  early changes in the cells of the cervix, you don’t pick them up  –  so it can progress to cancer then’, says Lahre.

‘Once a woman develops frank cancer of the cervix itself, it’s usually more expensive to treat, more difficult to treat, it involves surgery and it may involve radiotherapy and many other procedures that are not very pleasant for many women. And, also,  the prognosis,  which means the chances of that woman living for long,  are not very good by that time’, she said.

As from the age of 30, women are advised to have a pap smear. Women should be aware of the following signs:

‘Bleeding that occurs between your regular periods, bleeding after sexual intercourse, douching or pelvic examination, menstrual periods that last longer and are heavier than normal and bleeding after menopause’, says Lahre.

‘Also,  if you have an increased  vaginal discharge,  but not the normal white discharge…  If you get a discharge that’s offensive or it’s really yellow, you need to have that checked. And, also, if you get pain in the pelvic area and pain during sex, you need to have it checked’, she adds.

She says the signs could also be indicative of another illness, but stresses that they should not be ignored. A woman is better off having them investigated.

The national Department of Health has a National Cervical Screening Policy which entitles every woman from the age of 30 upwards to have three free pap smears spread over 10 year intervals.

‘We say every woman is entitled to  three  free smears because if they start at 30 and it’s normal, they can go again at 40. And if it’s normal at 40, it means there hasn’t been anything or if there has been infection,  the body has managed to get rid of the infection. And then they can repeat it again at 50 as well. And in their lifetime they would have had  three  pap smears’, says Dr Nathaniel Khaole, Director for Women’s Health and Genetics in the Department of Health.

‘But if they wish to have more in between, they will have to pay’, he says.

Although these services are free and available to women, some do not utilise them as they are not aware of their existence, according to a study done by the School of Public Health at the University of Witwatersrand.

They were waiting for the women to ask for pap smears. But then,  a lot of women didn’t know about pap smears’, says Kawonga.