The findings are reported in a special edition of The Lancet journal which focuses specifically on the health of women and children.

The Bangladesh study noted the greatest effect in children 2 ‘ 5 months whose mother had died ‘ they were 25 times more likely to die than children whose mothers were alive when the children were in this age range. The effect of the father’s death on cumulative probability of survival of the child up to 10 years of age was negligible.

The authors largely attributed the increased risk of death after the mother’s death to the interruption of breastfeeding. They also found that when the fathers died extended family and households tended to step in and help the widowed mother.

The JSY model sees eligible women after delivery in a government or accredited private health facility receiving 600 Indian rupees (U$13) in urban areas and 700 rupees (U$15) in rural areas. JSY was found to have a significant effect in reducing perinatal and neonatal deaths.

China and Brazil were also highlighted as countries on track to meet Millennium Development Goals 4 and 5.

MDG4 requires reduction of child under-5 mortality by two thirds between 1990 and 2015; while MDG5 asks countries to reduce their maternal mortality by three quarters over the same period. Despite three quarters of the 68 Countdown countries showing accelerated progress, only 19 are on track to meet MDG4’including Brazil, China, Mexico, Peru, Nepal, Egypt, Malawi, and Turkmenistan.

Brazil has made progress through reducing socioeconomic inequities and improving primary coverage to almost universal levels. Nowadays, almost all pregnant women in Brazil have access to a skilled birth attendant.

The authors said China’s successful reduction of newborn and child mortality during the past two decades was a remarkable example of progress through steady investments in reproductive health, primary care, and economic development.

In the two years since the last Countdown report, 19 million women of childbearing age and children younger than 5 years have died because of preventable disorders. Pneumonia, diarrhoea, and malaria still kill more than 3 million children every year, and The Lancet report shows that the long-established treatments for these infections still do not reach half of the children who need them.

South Africa’s Constitution is one of just 20 in the world that recognises the right to food, but realising that right will mean re-thinking agriculture and re-connecting with the source of our food, writes Busiso Moyo with the Studies in Poverty and Inequality Institute think tank.

Down syndrome is a chromosomal disorder that affects approximately 1 in every 800 children and results in mental as well as physical disability. As this insert shows, information is the key to not only accepting your child’s condition, but also in being able to provide the specific care that your child needs. 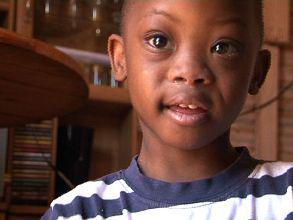 MGUNGUNDLOVU. – Challenge for Women is an organisation that empowers girls and women in their daily struggle against abuse. 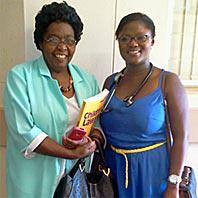