Hope springs from a microbicide study conducted in AIDS-ravished Vulindlela 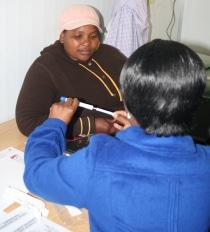 In Vulindlela, the winter grass is yellow and an icy wind blows off the white-coated Drakensberg. But in the small collection of park homes that make up the local clinic and research site, there is warmth in people’s faces and voices.

‘I nearly cried when I heard the good results,’ says Gethwane Makhaya excitedly, speaking about the study conducted in her community of a vaginal gel containing an antiretroviral (ARV) called tenofovir.

The study of 889 women, mostly from Vulindlela but also including 278 Durban women, found that the tenofovir gel protected almost 40 percent of the women from getting HIV.

Vulindlela literally means ‘open the gates’, but until recently only poverty and AIDS had entered the semi-rural area alongside Midmar Dam in the KwaZulu-Natal Midlands.

Only one man in 10 and seven percent of women had formal jobs, according to a household survey. Most of these jobs provided meagre incomes:   farm labour, domestic work and truck driving.

Makhaya, however, was the exception. Her intellect carried her off to the University of KwaZulu-Natal where she had met up with renowned HIV/AIDS researchers Salim and Quarraisha Abdool Karim.

When Inkosi Sondelani Zondi, head of the 12,000-strong Inadi ward of Vulindlela, asked for help to address AIDS, Makhaya introduced him to Professors Salim and Quarraisha Abdool Karim and their Centre for the AIDS Programme of Research in SA (Caprisa).

For the past nine years, Caprisa has been working in Vulindlela ‘ both conducting research and providing much-needed HIV/AIDS treatment, including ARVs that were previously only available in Pietermaritzburg, an hour’s taxi ride away.

Many of the research findings were grim. By the age of 16, one in 10 girls was already HIV positive. By 24, more than half were infected. By 30, two-thirds of the women were HIV positive.

Inkosi Zondi  estimates that he has lost a quarter of his people to AIDS: ‘Seeing so many people infected and dying, I was thinking who can help to keep the kingdom and the community. Caprisa was the light at the end of the tunnel.’

One of the things fuelling the high HIV rate, according to a number of women interviewed, is that local men don’t like condoms. In addition, most young women have older partners who are far more likely to have HIV. An unspoken third reason, according to Makhaya, is the high rate of survival sex where young women trade sex for things, sometimes even little things such as food and cold drinks.

Research has enabled Quarraisha Abdool Karim to quantify the risk of an older man:   if a woman has a partner five or more years older than she is, she is six times more likely to get HIV than if her partner was the same age.

Quarraisha, a reserved woman in her forties, became more and more passionate about the need to provide women with a way to protect themselves against men who rejected condoms and fidelity.

The one potential answer was a vaginal gel or microbicide that a woman could insert before sex to prevent HIV infection.

For 16 long years ‘ and through six failed trials ‘ the Abdool Karims have been searching for a microbicide.

There are few HIV prevention successes. Only five of the 37 trials of prevention methods have shown any impact on HIV. Three of these researched male circumcision, and showed  that men could cut their risk of HIV by up to 57 percent. Last year’s Thai vaccine showed a 31 percent protection against HIV. Then there was a Zambian trial that showed that treating sexually transmitted infections could cut HIV by 42 percent, but this was never shown to work anywhere else.

Until now, the success rate for the 12 candidate microbicides was zero. One (nonoxynol-9) horrifyingly increased women’s risk of getting HIV as it caused little cuts in their vaginas that made it easier for the virus to enter. Many scientists started to turn away from microbicide research, saying that our only hope is a vaccine as people are not able to change their sexual behaviour.

But until that point, says Quarraisha, the candidate microbicides hadn’t been HIV-specific. The earlier ones were shots in the dark really, to see whether spermicides (such as nonoxynol-9) had any effect on the virus. Then came the barrier idea, where candidates such as PRO2000 and Carraguard tried to prevent HIV from entering the vagina.

Caprisa’s tenofovir-based microbicide is the first to use a proven anti-HIV medicine to prevent HIV. The idea of using an ARV to prevent HIV had already been proven with nevirapine, which was able to protect the babies of HIV positive mothers from getting the virus.

But would an ARV work in a vaginal gel? After three years of hard work and $17.6-million, the ‘yes’ answer is set to turn the world of HIV prevention upside down. Already, huge excitement is focused on the release of the trial results at the International AIDS Conference currently taking place in Vienna.

Unlike the earlier candidates which had to be used shortly before sex, women were able to insert the tenofovir gel up to 12 hours before they had sex and insert another dose within 12 hours of having sex.

The tenofovir entered the cells in their vaginas. If HIV also tried to enter the vagina via an HIV-infected man’s semen, in four cases out of 10, tenofovir blocked the virus from making copies of itself, effectively killing it.

In the women who used this before-and-after tenofovir regimen properly at least 80 percent of the time, HIV infection was slashed by more than half (54 percent).

When Health-e visited Vulindlela, the study participants did not know the results. Nonetheless, they were cheerful about their participation.

Xoliswa Mthethwa, aged 26, says she joined the study because she wanted to know her HIV status: ‘I told my partner everything and he agreed with me about using the gel,’ says Mthethwa, a quiet, plump woman with a shy smile. ‘We never had any problems with it. It was as if it wasn’t there.’

Mthethwa says that some people ‘didn’t have information about the gel and said there was HIV in it’.

This was where Caprisa’s long relationship with Inkosi Zondi was crucial: ‘ I addressed the community and told them that the gel could never have HIV in it. I and the traditional council support Caprisa and no leader would give his people up,’ says Inkosi Zondi, a humble man whose weather-beaten face bears witness to a difficult life.

Breaking into a huge smile, Inkosi Zondi says he is excited about the results: ‘It is not nice to be the leader of a dying nation. This study has restored my confidence. It means that I am going to lead healthy people and my community is going to be protected.’

Midwifery dates back in time, but as medicine has advanced, the profession has undergone changes, and midwives now work with doctors to ensure that pregnancy and birth are as smooth as possible. 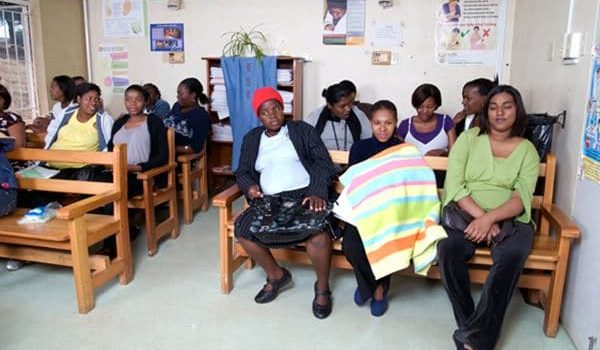 Nontskolo Tantiso had been feeling unwell for several months, but attempts to establish whether she may need antiretroviral treatment have seen her being sent from pillar to post.