Services at Mowbray Maternity Hospital’s outpatients department were largely suspended and most patients were told to return at a later date after workers failed to pitch for work yesterday.

Services appeared to be running smoothly at the hospital until 8.15am when the sister-in-charge wearing a pink track-suit stormed into the waiting room announcing that services would be disrupted for the day.

‘There is going to be a strike and you are going to wait in here for sometime before you are seen to and some of you might not be seen. I have no control over who is going to come to work and who will go on strike. I already have a room full of patients that I need to see for the morning. It is up to you if you want to sit here and wait to be seen or to leave and come back on another day,’ said the unidentified nurse.

The patients, most of whom had left their homes in the early hours of the morning to come to the hospital, sat astonished and stared in disbelief.

When Health-e walked up to the wards where the sister was seeing patients, a queue of heavily pregnant women sat inside a waiting room.

Some were taking turns scribbling their names in an appointment book. Others were given dates as far as two weeks from today while some were asked to return next Tuesday.

Shameemah, a 34-weeks pregnant woman from Claremont, took the morning off work to come to the clinic but was told to come back next week Tuesday.

‘I am concerned because I was told to come back today for my appointment but now I’ve been told to come back some other time. I’m going to work now. Another thing that is worrying me is that I have a cold and I needed to get advice from the sister but it seems I won’t be getting any,’ she said.

Shameemah said she expected hospitals to at least have people on standby if staff threatened to strike.

Mymoena, who is eight-months pregnant, and her partner were surprised to hear that they might have to wait until 11amto be seen and might not be seen at all.

Her partner took the day off work to accompany her to the hospital for an antenatal check-up. Although she had no complications that needed urgent attention, she was uneasy about her due date which is sometime next month.

‘Some of the people here have been at the hospital since 5.30 because they wanted to be allocated a number. Other s arrived at about 7.30 because that is the normally the time nurses start seeing patients. We are all just waiting,’ she said.

Mymoena said she was not against health workers striking.

‘They have been doing their best to help us and we need to support them.   I just hope the health care workers get what they want so they can return to work and be happy because if they are not happy they are not going to be able to work,’ she said.

Yesterday, Western Cape health MEC Theuns Botha announced that less than one percent of the province’s employees joined the strike but urged essential services employees to continue working amidst the march today.

Meanwhile, the South African National Aids Council (SANAC) urged health care workers and government to ensure that the supply of chronic medicine for those with HIV, Tuberculosis, diabetes, epilepsy and blood pressure was not interrupted.

SANAC said it received numerous reports that patients on antiretroviral and TB medicine were not getting treatment in some facilities.

‘SANAC acknowledges the right of health workers to take industrial action. However we are concerned that persons who are reliant on the public health sector for medical care are being turned away, and in some cases intimidated, when presenting themselves for re-stocking of their medication.

A break in the continuity of both ARVs and TB regimens has serious implications for both the individual and the HIV and TB treatment programmes. It increases the chances of patients becoming drug resistant, a challenge that South Africa cannot afford,’ they said.

The North West province has warned 35 medical students headed to Cuba that bad behaviour abroad will not be looked on kindly.

Half of the country’s nurses are working in private hospitals and some 42 000 posts are vacant. HIV/AIDS is worsening the distribution of health personnel around the country. These are some of the findings of the 2004 South African Health Review.

Scores of state patients living with HIV are in danger of dying after a myriad of problems saw the Mthatha Medical Deport unable to dispense antiretrovirals for a number of weeks. 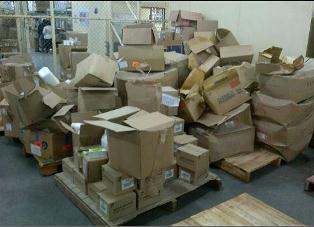