A call for frank public debate 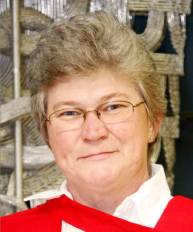 OPINION:Since the ANC’s announcement last week that a national health insurance (NHI) will be pursued, we have once again seen claims that an NHI is unaffordable and that the whole idea should be consigned to the garbage bin. However, South Africa can have a health system that makes us proud and serves everyone, rich and poor, in an equitable manner.

We need honest debate which is stripped of party political interests; it needs to be a discussion which reflects the views and interests of all our citizens, especially the poor who currently rely on a state health system struggling to cope.

I attempt to try to unpack the options that face South Africa, to promote broader public debate from an informed perspective, by painting scenarios of where we could head using the approach popularised by Clem Sunter.

There is no question that a key area of concern about proposals to introduce major health system reform is whether these changes will be ‘affordable’ and ‘sustainable’.   The other critical element of the current debates is whether we are able to achieve an integrated health system or whether we are destined to continue to have a highly fragmented health system.   These two issues are therefore selected as the two ‘axes’ for the scenarios summarised in the figure attached (above).

The starting point for considering what health system changes would be helpful is to be clear about the path on which we are currently set. Our health system is heavily fragmented.   A key division is between those that are medical scheme members (16% of South Africans) and those that are not (the remaining 84%).   Health service access is very different for these two groups.

Our current health system is ‘second rate‘ in many ways.   For increasing numbers of families, medical scheme cover is just not affordable. In the early 1980s, medical scheme contributions for a family took about 7% of average wages and salaries across all formal sector workers.   This had increased to 14% by the early 1990s, 20% by the early 2000s and a staggering 30% by 2007.   The challenges facing the under-resourced public health sector are well known. There is no question in my mind that change is needed, and needed soon.

If this is not the direction in which we want to head, where do we want to go?   Some argue that we need to pursue ‘social health insurance’ (SHI) ‘ the ‘divided forever’ scenario.   It is proposed that everyone who is formally employed and who earns more than the income tax threshold should be required to have medical scheme membership.  The problem is that this scenario is a very expensive option.   Based on recent scheme spending levels, R1 in every R10 spent in South Africa would have to be spent on medical schemes alone, for the benefit of less than 40% of South Africans who will be able to afford it.   Even with concerted efforts to contain costs, the overall price tag of this option is enormous.

This scenario is called ‘divided forever’ because it will entrench a fragmented two-tier system between the haves (those that have insurance cover and access to any health service they desire) and the have nots.   Proponents of this path argue that SHI is a logical step towards universal coverage.   But experience in other middle-income countries, notably many Latin American countries, shows that it is very difficult to overcome the divisions created by SHI once they have been entrenched. Progress towards universal coverage is unlikely under this scenario.

Many believe that, instead, an integrated system is needed.   What is so prized about such a system?   The global call for progress to universal health systems (the subject of the soon to be released World Health Organisation 2010 Report ‘ so it is indeed a global call) is based on the following two principles:

·                 That no one should have their livelihood threatened because they have to pay for health care, i.e. that all citizens should be provided with financial protection from health care costs; and

In order for these principles to be realised, an integrated health system is needed. It simply doesn’t work to have all the richer, healthier people contributing to and benefiting from one funding pool (or worse, to a number of fragmented pools) and all the poorer, sicker people in a completely separate funding pool.   You end up having a lot or most of the money for health care going to serve a relatively healthy group and very little money available to provide health care for those who bear most of the burden of ill-health.

One way of pursuing an integrated system is to attempt to cover everyone using the current medical scheme model.  A mechanism (called risk-equalisation) could be put in place to get some kind of integration across individual schemes.   However, the cost of medical scheme cover makes this option unaffordable.  It would result in more than R2 in every R10 that is spent in South Africa going to cover the entire population via medical schemes. For this reason, this scenario has been called a ‘no go’ ‘ no country in the world has such a system and it is not something worth even considering for South Africa.

I believe that it is possible to achieve an affordable or sustainable and integrated system, which would contribute to improving the health of all in South Africa.   How is this possible?   Everyone agrees that the first step is to substantially improve services in the public health sector.   There is much to be done, both in terms of improved management and resourcing.   Some say: ‘why not just focus on improving the public sector’.   The most valuable and scarce resource in the health sector is that of health professionals.   We undoubtedly need more health workers in the overall health system, but we could be utilising the human resources we do have far more efficiently and equitably than at present.   For example, it is simply not feasible for a single pharmacist in a public hospital to provide good quality services when, as they are, serving many hundreds of patients every day.   Less than 10% of pharmacists registered in South Africa work in the public sector.   Perhaps we could do better if patients with a chronic illness were able to collect their monthly prescription at a local retail pharmacy instead of queuing all day in a public hospital.   However, this would only be possible if we have a large integrated pool of public funds that can be used to purchase health services from public and private providers for the benefit of all South Africans.   It is not simply a matter of focussing on improving the public sector; we need to change the way in which health services are funded if we are to effectively use the health professional resources in South Africa.   An integrated pool of funds is the only way to ensure that all the available human resources are used more effectively and efficiently. Then everyone will be able to access health services on the basis of their need for care and not on the basis of their ability to pay.

Ensuring affordability in a universal health system requires other changes.   Two things are particularly important.   First, it is critical to have high quality primary level services and for primary care providers to determine access to specialist and hospital inpatient care.   This is the way medical schemes used to work (you had to be referred to a specialist or hospital by your GP), but direct access to any and all specialists has contributed to the expenditure spiral in schemes.   Second, we need to change the incentive structure for health care providers. At the moment, we pay private doctors and hospitals a fee for every service delivered; the incentive is to provide as many services as possible.   It is known that many of the stressful, very expensive diagnostic tests performed are unnecessary. International experience clearly demonstrates that changing the way of paying providers is necessary to secure greater value for money.

The ‘healthy nation’ scenario is what I believe public debate should focus on.   Surely we can all agree that we do not want to continue on the current path (the ‘second rate system’)? Instead of saying that health system change is unaffordable, let’s focus on how we can achieve a sustainable, integrated health system that benefits all.   A health system that brings our nation together rather than dividing us further.   We can rebuild our health system to be the pride of every South African.

Di McIntyre is the South African Research Chair in ‘Health and Wealth’ in the Health Economics Unit, University of Cape Town.

Port Elizabeth – Drug shortages and lack of ambulances emerged as some of the most pressing health system issues in the Eastern Cape following a recent meeting of community based organisations.

Doctors do not need to panic about being forced to work in places where they do not want to, according to the Department of Health. 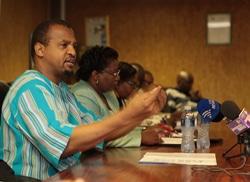