About 75 000 children under the age of five die in South Africa each year. This means that about 200 South African children die every day. HIV accounts for most of the deaths, and compared with countries of similar economies, South Africa is not doing well to care for its babies.

But how do you measure if a country’s succeeding or failing in its health outcomes?

‘One way of looking at that is to try and compare that to how much money a particular country has. And the usual measure has been the GDP (the Gross Domestic Product) of a country. In other words, the amount of money a country earns per person in that country’¦ how much is a country earning? The truth is that South Africa is a high/middle-income country with a GDP around $9000. You’ll have to convert that into rands. Then, we should be having our child mortality rate much lower. If you compare to other countries we should be somewhere around the range of 20. So, we’re probably, at least, three times higher than what our number should be. There are other countries with our income, like Brazil and Turkey, who’ve got those kinds of child mortality rates that we’re not achieving’, said Professor Haroon Saloojee, head of Community Paediatrics at Wits University, at his inaugural lecture, in Johannesburg, recently.

Just under 1 100 000 babies are born in South Africa annually. It’s estimated that out of every 1 000 children born, 67 die before they reach age five. Child mortality in South Africa has been on the rise since 1995 up until 2006, with HIV being the main cause of deaths among the three factors that have contributed to the status quo.

‘There is some evidence that, in fact, it’s now beginning to reduce, but, we don’t have strong data for that. But I think we’re seeing trends emerging. And the main reason for the increase from 1995 ‘ 2006 has been HIV, and there’s very little doubt about that. If you look at what percentage of all children that die from HIV, it’s somewhere around 57%. There’s a second issue and it’s much more about socio-economics. Children in this country are still dying of diarrhea; they are still dying of pneumonia. And those are very much linked to what kind of housing you live in; is there water; is there sanitation. And so, even though South Africa is a high-income country, we still got pockets of children who are still dying from the diseases of poverty. And then, the third issue is health systems’, Saloojee said.

He added that, were it not for the political stagnation that led to denial about HIV and AIDS and literally paralysed government’s action in confronting the epidemic, the country’s child mortality rate could have been much lower.

‘We basically severely ignored HIV and the consequences of that (are that) we delayed strategies to prevent mother-to-child (HIV) transmission. It had to go the legal route and we’ve been very sluggish in getting out the PMTCT programme. I’ve no doubt that if we had no HIV in the country we would be getting close to some of those MDG targets because those other two issues ‘ health systems and the issues of poverty and equity ‘ I think, we could have managed better’.

Of the more than one million babies born in South Africa each year, about 300 000 are born to HIV-positive mothers. Until recently, about 6% or 18 000 of the babies were likely to also get HIV under the government’s mono-therapy Nevirapine programme which was introduced in 2003 to prevent HIV transmission from mother to child. But with improved prevention protocols and the increase of pregnant women who test for HIV, it is projected that the number of babies who get HIV will decrease significantly.

‘We have introduced dual therapy with AZT. We’re hoping we can bring those figures down to 2% – 3%, which would then bring it down to 9 000 babies. It’s compared to around 50 000 babies getting HIV prior to the introduction of Nevirapine. So, we have made significant strides in terms of just absolute numbers’, said Saloojee.

But he cautioned that even if HIV in children gets eliminated, issues of poverty and the inequitable distribution of health resources, to which access is largely determined by race, class and geographical location, will still hamper efforts to improve children’s health.

‘I’m not not saying that our government is not trying to prioritise the poor. We have one very effective mechanism of trying to deal with poverty, and that’s the Child Social Support Grant. We’ve now got through to nine million children with the Child Support Grant and that’s more than 50% of all children now. So, it’s a very effective mechanism. But, unfortunately, that’s not enough. That’s a social development and welfare system. We haven’t had enough changes in basic structure, the water’¦ not at a pace that’s required. This is a big political question. What I’m saying is that the political developments in South Africa over the past 20 years haven’t brought the changes to children’s lives that we want. It has changed certain people’s lives. It’s favoured the urban, it’s favoured the black middle class, but ordinary poor children have not benefitted to the degree that they should have from this change in government’, said Saloojee.

The development of children orphaned as a result of AIDS is at greater risk of health and social ills, conference is told.

Thirty years into the HIV epidemic, women of the world are still at a higher risk of contracting HIV infection than men, although the latest figures by the United Nations show that overall infection levels have dropped significantly over the last 10 years. 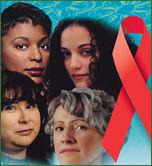 Just days before the new National Strategic Plan (NSP) on HIV and AIDS, TB and STIs is due to be implemented on the 1st of April, the entire staff of the South African National AIDS Council (SANAC) has been fired, leaving no one in the SANAC Secretariat to deliver on the plan. 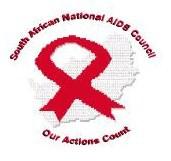