Home » There is hope for leukaemia patients ‘ says survivor 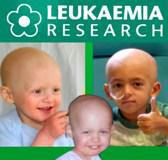 Leukaemia, a blood cancer once considered deadly, can now be treated and managed well but, like any other cancer, it requires intensive treatment early enough, coupled with a good support structure. A survivor, Zuki Mokwebo, shares her story.

‘When I was diagnosed, it was the worst turn for me because I lost sleep, I was forever restless, I couldn’t walk, I sat in bed the whole night asking and blaming God: ‘Why me? Why do I have to go through this? Out of all the children at home why did I get chosen to have this disease?’ I felt that was unfair’.

But that was in the long gone past. Twenty-seven year old Zuki Mokwebo is now a bubbly young woman who is positive about life and about fighting her cancer. She was diagnosed with Chronic Myeloid Leukaemia, CML, at the age of 12. CML is considered to be the most aggressive form of blood cancer. The white blood cells develop abnormally and they later accumulate in the person’s spleen and liver. This then leads to bleeding and other infections.  Confused and frightened for the worst, Zuki’s parents did not disclose to her what she was suffering from.

Zuki saw from her regular nose bleeds, night sweats and constant fatigue that something was wrong with her. But after one of many visits to the family’s doctor, the truth finally started coming out.

‘The doctor found that my spleen was big, so he transferred me to another doctor to confirm it.  After that, they took me to Bara Hospital. At that time my HB was low; my platelets were low because of the bleeding. When I got here, the doctors called the oncologists to run tests on me before they could diagnose me. They did bone marrow inspiration to check all my bloods, so when the results came, it was positive. I had leukaemia’, says Zuki.

At that time Zuki’s condition was such that she had to start treatment immediately, so doctors put her on chemotherapy. But treatment wasn’t easy. The result was that she started losing weight and losing her hair. She says her high school years were probably the darkest period of her life.

‘One time when we were in class the teacher was out for a while. And I was reading my book when somebody from behind just came and pulled off my beanie and they all saw my bald head. The entire class laughed at me. I couldn’t take it. I ran out. My teacher had to explain to them what was happening. I didn’t make enough friends at school. I only had a few’.

Zuki has been cleared of Chronic Myeloid Leukaemia for six years. But she still undergoes for regular observation and treatment to safeguard against a recurrence of the cancer.

A Professor at the Clinical Haematology Unit at the University of the Free State says leukaemia is far from the death sentence it once was. Professor Vernon Louw says it is now a curable cancer if detected early. Louw says with the new therapies offered to patients, a range of treatments can enable them to live long healthy lives.

‘Traditional chemotherapy just kills the whole cell, so the cell explodes and is dead. But, the new molecules go into the cell’s programming and basically switch off the cell’s ability to continue to divide and multiply. So, instead of killing the cell by shooting it with a machine gun, you now go and shut down the programming and you interfere with its communication systems and the cell slowly dies naturally. Previously, when you killed the cell with chemo, it would burst open and all sorts of acid would be released into blood. But with the new treatment, the cell is shut down and the body removes the cancer cell and recycles its contents’, says Louw.

Zuki was one of a small, but growing number of children who developed leukaemia. Professor Louw says the condition is more prevalent in the adult population.

‘With the chronic leukaemia and the Acute Myeloid Leukaemia, you find those are more common in the middle-aged and more elderly population. When we talk about numbers in the population, we estimate about 100 to 200 people per million who get leukaemia. Chronic Myeloid Leukaemia would be 2 to 3 per hundred thousand’, says Professor Louw.

These days, Zuki works at the Chris Hani Baragwanth Hospital’s Paediatric Oncology Department, where she helps children overcome the hurdle of leukaemia. She says it’s a rewarding, but challenging role as she encounters many black families who still do not recognise cancer as a disease.

‘A newly diagnosed child… when we tell their parents that they have leukaemia, the parents would say: ‘No. No, my child doesn’t have that’.  They still think their children are bewitched and don’t believe that cancer exists among black communities… that you can’t have cancer when you are a child ‘ it’s only in adults.

Zuki says this denial only helps to delay the treatment process from beginning, resulting in the death of the patient.