Home » Treat pneumonia or no MDG 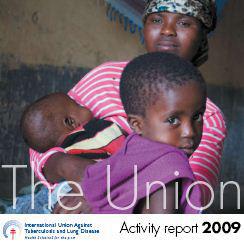 Addressing journalists on World Pneumonia Day – on the eve of the 41st Union World Conference on Lung Health – child health expert Penny Enarson said it was a sad reality that pneumonia was struggling to elicit funding and that the question was why it was not part of the Global Fund to Fight AIDS, Tuberculosis and Malaria (GFATM).

Enarson, who did groundbreaking work in Malawi which led to a drastic reduction in the infant mortality rate by focusing on preventing and effectively treating pneumonia, revealed that she had struggled for six years to find funding for the project.

‘Children under 5 in sub-Saharan Africa are simply not in people’s minds and I believe that everyone wants to fund HIV because it also affects the developed world, it affects the United States and Europe,’ she said.

She said although the work of the GFATM was critical it focused on the major killers of adults.

Statistics show that the chances of dying before age 5 have increased from 20 times to 30 times higher for a child in a poor country.

Pneumonia is identified as the single biggest killer of children under 5, with between 15 and 26% (depending on the region) of the 8-million annual child deaths attributed to this preventable and curable infection.

Click here to read more on the Malawi project

* Health-e is reporting from The Union conference in Berlin thanks to support from the National Press Foundation and The Union.