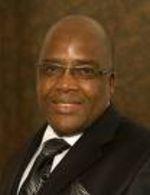 The Health Department has returned a whopping R813 million to the Treasury’s coffers after failing to spend the money on much-needed infrastructure such as new clinics and hospitals and rejuvenating collapsed infrastructure.

Health Minister, Dr Aaron Motsoaledi, revealed at a meeting recently week that his department had failed to spend money set aside to build new and to improve existing infrastructure in the last financial year. He described the situation as a ‘tragedy’ which ‘needs an urgent solution’.

‘I don’t hide wrong things which are happening. Many people know the problems of infrastructure in our hospitals – the collapsed infrastructure, unfinished infrastructure, etc. The tragedy is that at the end of this financial year, in February this year, R813 million of infrastructure money could not be spent and had to be taken back to Treasury. It’s a tragedy that we’re faced with. It needs an urgent solution’, he said.

The Health Minister said ‘this is a serious problem and is very embarrassing’. But it appears the Health Department has no control over it, as it is the function of the Department of Public Works to build and maintain infrastructure.

‘When you call poor MECs and throw all the bile at them, you find that they are not in charge of infrastructure. They say, ‘look, I’ve tried my best with my Department of Public Works’. I once visited Chris Hani Baragwanath Hospital with the Premier of Gauteng,   mme Nomvula Mokonyane. She looked at Chris Hani Baragwanath Hospital and she said: ‘Phew, this institution is so big I think it needs its own mayor’! If you go on the top floors, you’ll agree with her. That place is massive. Then you ask: ‘Who’s the CEO?’ They’ll show you. ‘Who’s the Clinical Manager?’ They show you. ‘Who is the Infrastructure Manager?’ They look at each other. There is none. Somebody who makes sure that this massive infrastructure is kept pristine is not there. And if something goes wrong, you ask the CEO: ‘Look at this infrastructure, why don’t you do something?’ They’ll show you a letter and say: ‘No, I wrote to Public Works Department six months ago. I’m still waiting’ says Motsoaledi.

Motsoaledi wants this to change. Measures are being introduced to create a unit within the Health Department that will focus on building and monitoring infrastructure at national, provincial and institutional level.

‘I no longer want to see any money unspent. We have decided that the Department of Health needs its own Infrastructure Unit. It needs an Engineering Unit which wakes up every day and goes to make sure that our health infrastructure is taken care of. We have already done so at the national level. We have done so at the provincial level. Some provinces are still establishing the unit. We are going to extend these to health institutions’.

In a revealing statement, the Health Minister said the problem with health infrastructure in South Africa is so dire that some of the country’s health facilities were not even ready for the soccer World Cup.

‘We were lucky’, he says. ‘I’m disclosing something that I never disclosed. Quite a number of the health institutions which were being reconstructed for 2010 were not ready by 2010. And some of them have been under construction for six years. But because we had contingency plans, we were not worried. If anything happened in 2010, the world was going to see us. We didn’t want to take any chances. But most of the infrastructure that was put in some far rural hospitals was not ready. And when you check when did this development start’¦ immediately after we won the World Cup (bid) it started. Why can’t we finish?’

Immediate plans for infrastructure development involve a number of teaching hospitals such as Chris Hani Baragwanath in Soweto, Dr George Mukhari in Pretoria, King Edward VIII in Durban, Nelson Mandela in Mthatha and the building of a new tertiary hospital in Limpopo.

The other part of infrastructure development will focus on building and improving primary health care services.

‘The total cost of that infrastructure must be much more than what we put up to build the 2010 stadia. It must be much more than that because this is about our lives. It’s about our permanent lives. The Treasury has agreed. It’s not a dream by the Minister of Health only. The Minister of Finance has agreed. We’re going to work with the DBSA. We’re going to work with the IDC. If the two of them cannot cope with the amount wanted, we will work with the private sector. We need to put up tertiary health infrastructure that is much bigger than what we did when we put up the World Cup stadia’, says Motsoaledi.