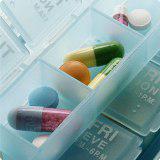 Health minister Dr Aaron Motsoaledi this week announced the outcome of the antiretroviral tender. South Africa has the highest number of people living with HIV which means the country has a massive drug bill. Motsoaledi managed massive discounts, halving the ARV bill.

,he prices that South Africa pays for ARVs are significantly higher than all other countries. The high prices that I was concerned about had been confirmed by our international development partners. In fact the Executive Director of UNAIDS raised this issue during his speech at the World AIDS Day event last year.

The high prices paid by South Africa was despite the fact that South Africa has the largest ARV programme in the world. This just did not make sense to us. We must be able to purchase ARVs at the lowest prices as we are the largest purchasers of ARVs in the world and must benefit from economies of scale. South Africa did not benefit from this. If we continue doing what we have been doing the fiscus will be overwhelmed because of our increased burden of disease.

Since the World AIDS Day we have tested 4, 8 million South Africans for HIV as part of our HCT campaign to test 15 million people by June 2011. Of these people, 905 000 were found to be HIV positive, and in light of these price reductions, we would be able to cope with the load.

As announced by the President on the World AIDS Day in 2009, we started on 01 April 2010 to provide antiretroviral treatment to pregnant women at CD4 count of 350 or less, to enhance maternal survival. ART is also being provided to people-co-infected with TB and HIV at a CD4 count of 350 or less. All children born HIV positive are put on ARVs regardless of their CD4 count. This will increase the amount budgeted for significantly to reducing morbidity, disease progression and mortality associated with TB and HIV and AIDS.

It is my pleasure to announce the massive reduction in the prices of antiretroviral drugs which has resulted in the 53,1% reduction in the cost of the total tender which translates to a R4,7 billion savings.

The percentage decrease in the cost of each item ranges from 4% to 81% implies that South Africa can now afford to treat twice as many people on ARVs compared to that which was previously budgeted.

If we had to treat the same number of patients using the previous tender prices, it would have cost the state in excess of R8.8 billion. This saving of 4.7 billion allows the state to treat double the amount of patients.

We therefore welcome the award of the R4.280 billion tender for procurement of antiretroviral drugs to support the implementation of HIV and AIDS treatment in the country for the next two years effective from 01 January 2011 to 31st December 2012.

We are delighted to note that for all items, the tender price is substantially lower than it was in the last tender. This kind of saving is what government must achieve in other areas of procurement. This will ensure that tax payer’s money is used in a manner that provides value for money.

We attribute the massive reductions in price to the extraordinary measures that we employed in this tender to ensure that we get the best possible prices. These measures include the following:

·           Publication of a reference price list based on international transactional prices

·           Suppliers were required to provide a breakdown of their cost components

·           Monitoring of price changes through the life cycle of the tender

The tender awards were distributed as follows:

This significant achievement was possible because of the partnership and cooperation National Treasury and the Department of Health enjoyed and the understanding of these issues by the Minister of Finance. National Treasury engaged an external auditor to oversee the evaluation process so that there was adherence to all procurement procedures and legislation.

The provincial health departments, SAMHS and Correctional Services were invited to participate in the evaluation of the tender. I would like to thank all bidders for their positive response to this tender which has allowed South Africa to get one the world’s best prices for ARVs. It is notable that these tender price reductions have been achieved through the same suppliers that are contracted in the current tender. There are several reasons for this, including greater efficiency in Active Pharmaceutical Ingredient (API) production, increased competition and a tender system that attempts to achieve the lowest possible price.

Given the clear evidence of the success of this approach to procurement, the Department of Health will be replicating this approach through a Central Procurement Authority. The Authority will focus on procurement of ARVs, TB drugs, vaccines and drugs for the treatment of diseases related to maternal and child health.  To ensure efficiency and cost-effectiveness in procurement, the last meeting of the National Health Council (NHC) of Minister and MECs approved the establishment of a Central Procurement Authority. This Authority will implement measures that: improves the availability and supply of medicines, achieves the lowest possible procurement prices and ensure that suppliers are paid on time.