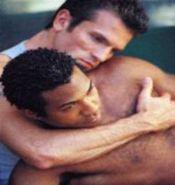 The Health Department has appealed to men who have sex with men and organisations working with this sector to make their voices heard so that their needs are included and addressed in the next National Strategic Plan on HIV and AIDS.

Taking an important step in recognising the vulnerabilities of a marginalised group, the Health Department sent a high-ranking official to give the opening address at South Africa’s,  and probably the continent’s, first meeting to focus on the sexual health needs of the MSM community or men who have sex with men. Giving his address in Cape Town, Deputy Director-General of the Health Department, Dr Yogan Pillay, illustrated how crucial it is not to ignore the health needs of the MSM community. Pillay quoted three well-esteemed world figures.

Quoting United Nations’ Secretary-General, Ban Ki Moon, he said: ‘Not only is it unethical not to protect these groups. It makes no sense from a health perspective and it hurts all of us’.

‘The second is somebody who knows a bit more about HIV, Peter Piot, who said this: ‘Empowering MSMs and other marginalised groups to protect themselves from HIV is one of the world’s most urgent health priorities’.

‘And thirdly, and lastly, the current UNAIDS Executive Director, Michel Sidibe, speaking at the Forum on HIV, Human Rights and Men who have sex with Men in 2009 had this to say and I quote: ‘It remains an undeniable fact in all regions of the world that men who have sex with men lack universal access to HIV services’.

‘It’s possible that it’s not just HIV services that they lack access to, but a whole range of other services. But he was talking in the context of HIV’, said Pillay.

While these individuals were not speaking about South Africa in particular, Pillay admitted that their statements equally apply to our country.

‘But this would surprise us given that our Constitution and the Bill of Rights lay the foundation for equal rights for all. What we’ve done in trying to implement the Constitution, I think, needs a bit more work. We must acknowledge that even though we refer to MSMs in the current HIV and AIDS National Strategic Plan, we have not done as much as we can to protect and serve this group of South Africans’, he said.

‘These are high figures, indeed, and must raise alarm bells with respect to both prevention and treatment. MSMs continue to face stigma, discrimination and a lack of acceptance from society, including health care workers. We’ve got a long road to march with respect to health care workers and their attitudes to MSMs. This may affect their willingness to seek health care and to give full and accurate health histories. Men do not seek care for sexually transmitted infections’, Pillay said.

He added that it is clear that significantly more research on South African MSMs has to be done. He also said that there needs to be a clearly targeted HIV prevention strategy for men who have sex with men.

‘The President launched an HIV testing campaign in South Africa in April last year. But we’ve not targeted specific groups. It’s kind of a one-size-fits-all strategy. But, clearly, we need a more targeted approach to prevention in South Africa. We should have an HIV testing campaign targeting MSMs. We must train HIV counselors and health workers to probe sensitively for same-sex behaviours’.

As the current National Strategic Plan on HIV and AIDS comes to an end this year, Pillay appealed to the MSM community to participate in the development of the next plan.

‘I wish to propose that the MSM community ensures that the new NSP ‘ the National Strategic Plan for HIV and TB ‘ fully takes on board issues related to MSMs with respect to programmatic issues and sets targets that all stakeholders are committed to meeting so that we can find the additional resources that we need to strengthen services to the MSMs’.

‘We are incredibly encouraged by the very positive stand that the Minister of Health and the Department of Health is taking in recognising the need for a quality of access to health care regardless of sexual orientation. I think we’re starting to see action at the government level that we’ve never seen before in those terms. Our Constitution is very protective and very inclusive. But, again and again we hear that for men who have sex with men to actually go in and talk to health care providers, for health care providers to understand the issues and take the right sexual history, understand what they’re doing is very difficult. So, what we’re hoping is that we’ll see an increase in training activities, we’ll see an increase in resources, we’ll see an increase in health managers who understand the needs of MSM and who are prepared to start integrating that into their services’, Dr McIntyre said.