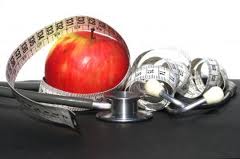 Should South Africa’s already poor health profile follow in the footsteps of America, the health bill is set to skyrocket.

Speaking at the release of the Discovery Healthy Company Index launch in Cape Town, corporate wellness expert and Emory University professor Ron Goetzel said the US spent U$2,57-trillion in healthcare in 2010, translating to almost U$9 000 per person.

‘The rise in healthcare is mainly due to us being more sick,’ said Goetzel.

He revealed that in the US, 75% of costs for treatment were spent on chronic disease, which is dominated by diseases of lifestyle. A staggering 27% of the rise in healthcare costs has been associated with the increase in obesity rates in the US. ‘This is one of the biggest driver of healthcare costs,’ said Goetzel.

Goetzel said the workplace was a ‘very underutilised’ setting to get people to live healthy lifestyles.   He quoted several studies that found that for every dollar a company spent on wellness programmes, the return was a saving of at least U$3.

The Centers for Disease Control and Prevention estimates that 80% of heart disease and stroke, 80% of type 2 diabetes and 40% of cancers could be prevented if Americans stop smoking, eat healthy and exercise.

BSG came out tops as the healthiest company to work for in South Africa. The business and software solutions company has the healthiest employees and the best workplace wellness initiatives.

The inaugural Healthy Company Index surveyed some 13 500 employees within over 100 companies, and has revealed several health concerns.

Researchers from the University of the Witwatersrand conducted the analysis.

The survey revealed that South African employees have several health concerns with high blood pressure, high cholesterol and depression the most prevalent chronic conditions among employees.

On average 71% of employees have a higher ‘Vitality Age’ at an average of 3.4 years higher than their actual age. The biggest driver of higher Vitality Age among South African employees is high cholesterol levels, high Body Mass Index (BMI) and smoking.

‘Vitality Age is an estimate of a person’s health by looking at certain health risk factors ‘ those factors showing how a healthy lifestyle is keeping the person ‘young’ or making him or her ‘older’ than he or she is,’ explained Dr Craig Nossel, Head of Vitality Wellness at Discovery.

The average actual age of the employees surveyed was 36.4 but the average Vitality Age was 39.8, meaning that employees are losing on average 3.4 years or almost 10% of life because of poor lifestyle habits.