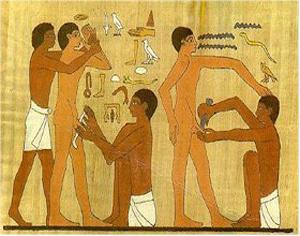 Over 100 000 South African young men were circumcised in the last financial year in the government’s programme to integrate medical male circumcision into the country’s HIV prevention strategy.

After what some might consider a slow start, the Department of Health’s roll-out of medical male circumcision or MMC under the guidance of Health Minister, Dr Aaron Motsoaledi, has got a significant number of men to respond to medical circumcision to protect themselves against HIV infection. The Department says it surpassed its targets for the year 2010 ‘ 2011.

Medical male circumcision is increasingly being integrated into national HIV prevention programmes, especially in settings where HIV prevalence is high and the prevalence of circumcision is low, such as in KwaZulu-Natal.   Scientific research has shown that the practice reduces the risk of HIV infection for men by up to 60%. However, circumcised men still need to use other proven HIV preventative methods, such as condoms.

Loykissoonlal says the country plans to circumcise 80% of men aged 15 – 49 in the next five years. ‘We would like to do, at least, 5.7 million circumcisions over the next 5 years, including this year’, he says.

With these aggressive targets, Government will need buy-in from key stake- holders such as the traditional sector to achieve their goals.

Loykisoonlal adds that the Government is currently in consultation with traditional practitioners and their rural communities to get their buy-in and support.

‘The minister asked us that we interact with traditional circumcisers. All of us understand that it’s a major hurdle we need to cross.   It’s a kind of a consultative process for now’, he says.

Thabisa Vile, a mother and a staunch supporter of traditional circumcision warned government to tread carefully when engaging with the traditional sector about medical male circumcision.

‘When you are promoting MMC for it to kind of gain the momentum you want, don’t criticise traditional circumcision. Rather come with ways of embracing it because I want my child to be circumcised traditionally, but in a healthy and safe manner.

As much as you are coming with this very good intervention, be very sensitive to our culture. It is one of the things that we have pride in and we want to hold on to.   So, if ever there are HIV issues being addressed in traditional circumcision, then the best way is to address those issues with traditional circumcisers, instead of saying that medical male circumcision is the way to go’, says Thabisa Vile.

Dr Dino Rech, the Medical Director of HIV and AIDS Prevention Studies (CHAPS), says a lot needs to be done to promote medical male circumcision to reach as many young men as possible.

‘How do you mobilise boys to come for a service which causes pain and has to do with removing foreskin from one’s genitals? It’s probably the biggest social marketing challenge ever and getting that right is the first complex, difficult step’, he says.

Dr.  Rech  also said that medical male circumcision sites need to be placed in areas where people can access them by foot, taxis and trains, as transport is an issue.

He also added that it is important to ensure that every young man who undergoes the surgical procedure comes back for after-care.