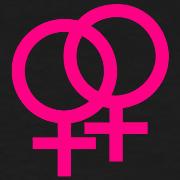 Recent research shows that lesbians and women who have sex with both women and men are a marginalised group that is increasingly vulnerable to HIV and AIDS.

A pilot study which looked at the health experiences and needs of a sample of 500 lesbian and bisexual or women who have sex with both women and men in four Southern African countries, including South Africa, found that 71% of the cohort group was at risk of HIV infection.

‘Seventy-one percent of lesbian women have been at risk. Those risks include, for example, engaging in transactional sex, engaging in non-consensual sex with both men and women’, says Zethu Mathabane from the Human Sciences Research Council (HSRC).

The study revealed that 30% of women accessed through the survey had unprotected sex because they believed they were not at risk of contracting HIV.

‘There are general misconceptions in the general population that lesbian women are not at risk of HIV. What we have managed to do through this research is to demonstrate that lesbian and bisexual women are actually at risk’, she says.

Over 50% of the women surveyed said they had sex only with women over their life-time, while more than 15% of the women acknowledged bisexual behaviour.

The study suggests that women who have sex with women have an increased chance of contracting HIV if they have sex with men as well.

Dr. Vicci Tallis, from the Open Society Initiative for Southern Africa (OSISA), says more research is needed to prove the validity of these perceived risks. Tallis also raised concern that the study found that a small, yet significant number of women who are exclusively lesbian are HIV-positive.

‘One cannot assume that lesbian women do not have sex with men because they do. But what was surprising for us was that over and above that there were substantial numbers of women who reported that they had never had sex with men before, but were HIV-positive. So, that puts questions into our minds about risks or transmission between two women’, she says.

Some of the risks for women who have sex with women include sexual practices such as the use of sex toys that are not cleaned properly.

‘I think it’s very clear that when we talk about lesbian women, bisexual women, it’s a very diverse group and there are a lot of complexities around sexual practises, identity demographics. Lesbian women are infected with HIV, and I think that was one of the key things we wanted to get out of this study, to say: ‘Yes, there are lesbians who are HIV-positive’, says Dr. Tallis.

She says the study also showed that there are real barriers to accessing health care services for lesbian and bisexual women.

She said that national programmes on HIV and AIDS need to start addressing the needs of lesbian and bisexual women who continue to be marginalised in the country’s response to the epidemic.