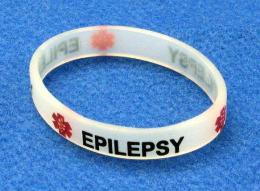 Living with epilepsy imposes certain limitations in a person’s life. However, with modern medication, a person can control their epilepsy and with the right attitude one may go on to live a fulfilling life.

Ntombizethu Maxhawula was only 11 months-old when she had her first seizure and even though she is taking anti epilepsy drugs, she still has seizures, at least, once a week.

Ntombizethu refused to speak to us, but she asked her mother Noluvuyo Maxhawulana to speak on her behalf.

‘At first, Ntombizethu was a perfectly healthy child. She only started getting sick when she was 11 months-old.   The doctor told me she had the condition of epilepsy. And because of the repeated seizures, her left arm was damaged and till this day it’s not working properly’, says Noluvuyo Maxhawulana.

Ntombizethu is now a grown up 32 year-old woman. She recently gave birth to a healthy baby girl. The family was not aware of her pregnancy until she was six months pregnant as Ntombizethu did not tell her mother or any other member of the family.

‘Her pregnancy was a difficult time for all of us. She would have seizures up to three times a day’, says Noluvuyo Maxhawulana.

When their daughter was pregnant, the Maxhawulana family found themselves in a tricky situation. Ntombizethu’s first doctor suggested that she terminates the pregnancy because of her repeated seizures and the general strain the pregnancy was putting on her unstable health.   However, Ntombizethu refused and insisted that she wanted to keep her baby.

‘We went for a second opinion and the second doctor said at six and a half months, it would not be safe for her to terminate the pregnancy.   The doctor also said it is possible for a woman living with epilepsy to give birth to a healthy child’ says Noluvuyo Maxhawulana.

On     the 25th of April this year, Ntombizethu gave birth to a healthy baby girl. But because of her disabled left arm and her condition of epilepsy, Ntombizethu needs a lot of support in taking good care of her infant.

‘You can’t leave Ntombizethu alone with the baby because you don’t know when she might have a seizure. She also struggles to hold and breast-feed the baby because she has only one arm. Basically, I have to help her with everything’, says Ntombiozethu’s aunt Nomakhaya iKiti.

According to Epilepsy South Africa, there is only a 6% chance of mothers passing epilepsy to their child if the mother has had the condition since childhood.

‘Epilepsy means that a patient manifests with recurrent seizures. The seizures are these attacks that patients get – a patient falling down, jerking, biting tongue’¦ that sort of thing. So, someone who’s got these fits or seizures repeatedly… that condition is called epilepsy. There are different variants – they don’t all need to be dramatic falling down and the whole body jerking’, says Dr. Andre Mochan, a specialist neurologist working at  Charlotte Maxeke Johannesburg Academic Hospital.

Dr. Mochan says there are no obvious causes for the condition, except in a few patients who present causes such as brain tumour and an injury to the head.

‘Most of the epileptic patients actually do not have an obvious cause.   Obviously, there is something wrong with the brain because it comes from the brain…   because a seizure or fit is basically an abnormal discharge of nerve cells in the brain that produces that clinical manifestation of a fit’, he says.

Dr. Mochan added that children were most prone to having epilepsy.

‘They can be born with it. It can manifest in childhood or in adulthood. It can occur pretty much at any age, but most commonly the classic form of epilepsy where there is no obvious cause, occurs in childhood. Many children then grow out of it and never be bothered with it later on, but some do persist into adulthood as epileptics. But, most commonly, it manifests in childhood, indeed’, says Dr. Mochan.

He says the condition is controllable if one takes the right medical treatment.

‘More than 70% of patients with epilepsy can be well-controlled on medication.   But there is a smaller percentage that is difficult to control and, despite taking multiple medications in combination, they still continue to have these attacks and fits’, he says.

Dr Mochan says many people with epilepsy can feel a seizure when it comes. He advises them to stay away from potentially dangerous environments such as sitting next to a fire or driving a car.

‘It’s a good thing in many patients before having an attack’¦ they get some kind of a warning symptom. Some of them get a funny taste in the mouth, a strange feeling in the stomach rising up’¦ We call that aura.   When a patient has that it’s a good thing because then a patient knows he’s going to have a seizure. At that point, a patient should remove themselves from any dangerous environment and, maybe, sit down and lay down somewhere for the seizure to then take place’, he says.