Health sector to stand against rape Living with AIDS # 487

The rape of girls and women remains a major concern in South Africa, and the health care sector needs to be better equipped to collect evidence to prove sexual violation to help secure the conviction of perpetrators by the courts.

Zoe Harris, a young Johannesburg mother and a wife, has been raped twice in her life. The first time was five months after her marriage. Both her cases have never been to court. Zoe relates how the justice system failed her.

‘My case never even made it to court. I didn’t even have a case to begin with because, first of all, when we came into the police station my husband said: ‘We’re coming to report a rape’. We were made to sit in a waiting room with a whole lot of other men and it became so much to me that I just wanted to be out of there. I just wanted to go home and I wanted to wash myself and I wanted to forget about all of this – that anything of this ever happened’, says Zoe.

‘Then they called a female officer, who then interviewed me’, she continues.

‘I never signed anything. It wasn’t documented properly. She asked me if I know the people. I said: ‘I don’t know them. They were strangers’. And she said: ‘Why bother opening a case then, in the first place, because if you don’t know them the chances of us catching them are very little to non-existent?’ So, then we went home. I think both of us were in such shock that we didn’t think of the repercussions of not finalising things at the police station ‘ getting a proper case document and everything. We didn’t get that far. Then, we went to the hospital because someone suggested that we go to the hospital. The doctor on duty refused to see me because I didn’t have a case number. Then, I went home and the first thing I did was’¦ I had a bath.   So, there’s all the evidence gone’, Zoe says.

That first encounter broke Zoe’s faith in the police – her first port of call to attaining justice. She never went back to the police when she needed them again.

Having lost faith in the police, Zoe was more concerned about the possibility that she might have contracted HIV.

‘HIV and AIDS was a huge concern for me. So, I did go to my GP’¦ I did have the tests. Praise God, I’m free of all of that. I’ve heard a lot of victims say that you first get raped by your perpetrators and, then, the second time it’s by the police’¦ the people that are supposed to support you. That’s really the experience that I’ve had. I couldn’t live with all of this’, she says.

The Foundation for Professional Development, a project of the South African Medical Association, is trying to improve how rape survivors are treated. It’s currently training health care workers to counsel victims of rape and to collect forensic evidence to help survivors build strong legal cases should they want the justice system involved.

‘Health care professionals are loathe to engage with victims of violence because they are uncertain about what happens afterwards; how do I deal with it; what’s going to be the consequence if it goes to trial. I think doctors and priests are particularly privileged that the community has given us a title – and with that title comes a responsibility – and that responsibility is more than just to bandage your arm or to sew up your cut. There is an obligation of care, and I think that’s what we need to put back. We are a system that doesn’t care’¦ professionals who don’t engage, who don’t want to get involved. And I think we need to change that culture’, says Dr Gustav Wolvaardt, Managing Director of the FPD.

The country has a shortage of doctors skilled in gathering forensic evidence. Wolvaardt says in the first phase of the programme, up to 3 000 doctors will be trained.

‘Historically, there were commissioned doctors in the community who collected forensic evidence and that programme was changed to where the collection of evidence now takes place in the Casualty Department by the government doctor on duty. It is often a community service doctor and the community service doctors are currently not trained to collect the evidence. And, of course, then, it falls flat when it goes to court or our judicial system is slow”.

“There are a number of training programmes. So, one training programme is to get the young doctors working in Casualty trained up quickly. We’ve also spoken to the deans sitting on the Health Professions Council. We’re going to make that programme as part of the obligatory training of the undergraduate students. So, in future every doctor that qualifies from the medical schools will know how to collect this evidence. If a woman or a man comes in and they are victims of violence, there’s somebody who knows how to collect evidence that will stand up in court’, he says.

The initiative is being funded through a partnership with the Swedish International Co-operation Development Agency (SIDA). The Swedish Ambassador to South Africa, Peter Tejler, says the successful prosecution of sex offenders is necessary in order to reduce the spread of the HIV epidemic among women.

‘The incidence of gender-based violence in South Africa is very high, as we know. A woman is being raped every 26 seconds. Fifty-five thousand cases are reported annually to the police. But due to under-reporting, also as a result of incomplete registration or refusal to register by police and other authorities, the real number is probably nine times higher. One of four women is believed to live in an abusive relationship. A woman is killed by her intimate partner every six days. The vulnerability of young women to HIV infection and high rates of gender-based violence is hereby clearly demonstrated’, Teljer says.

The homophobic attitudes of public health care workers may have a direct influence on the spread of HIV and other sexually transmitted infections in the gay community. Many gay men or men who have sex with other men avoid the public health service out of fear of being ridiculed.

Posted in: HIV and AIDS, Sexuality

About 500 000 people are expected to benefit from a US$30million global project aimed at addressing non-communicable diseases. The project will be rolled out in four countries, including South Arica, and will have a special focus on diabetes. 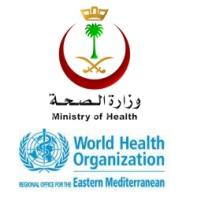 An upbeat Health Minister, Dr Aaron Motsoaledi, says this year South Africa has something different to show the world regarding its response to AIDS at the 18th International AIDS Conference, which opened in Vienna, Austria, today (Sunday, 18/07/2010).