Home » Moves towards a healthy lifestyle 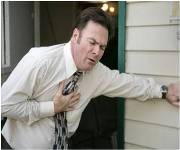 The National Health Department has taken a tough stand to promote proper and healthy eating habits in an attempt to prolong the life of South Africans.

Fast food and alcohol advertisements could soon be a thing of the past, especially during children’s television programmes. The National Health Department wants to take an aggressive approach towards fast food and alcohol retailers in the hope of changing the lifestyle of thousands of South Africans. At a summit held in Johannesburg last week, the Health Minister, Dr Aaron Motsoaledi, highlighted the importance of practising a healthy lifestyle so as to prevent one from acquiring non-communicable diseases, also known as NCDs, such as heart disease, cancer, diabetes, among others.

‘We have set up an Inter-Ministerial Committee on alcohol use and abuse. An announcement is going to be made soon. What is left is for this recommendation to go to Cabinet. But the reason I have gone public on my views around alcohol advertising, is because I know, as a country, we are going to have to face this demon’.

‘The industry, of course, has threatened us with job losses, potential collapse of the sport industry due to lack of revenue if we go ahead with the banning of advertisements of alcohol. I want to make it very clear right now that we shall never be intimidated. It’s not going to happen’, says Health Minister, Dr Aaron Motsoaledi.

The Health Minister’s drives to promote healthy living will also target the food industry. He says he is working with the relevant industries to make fruits and vegetables cheaper and accessible. In addition, Motsoaledi says he wants to encourage regular exercise in schools in the form of physical education programmes for children to protect them from non-communicable diseases.

‘Too many children nowadays sit in front of the TV. Our children are unfortunate… they are not like us. We used to walk long distances to school without knowing that we are actually exercising. We were very fit and healthy. But our children get driven to school by car, dropped and collected at the gate in the afternoon, put in front of the TV until the following morning’.

‘Research I was given says that the number of school-going children who are now classified as obese is at 23 percent – that’s advancing a quarter of school-going children. This problem doesn’t end in school only. It will hit back later into hospital wards and health facilities as NCD’s. So, why allow it to happen? How many of you here take walks or even cycle?’ says Motsoaledi.