Big Tobacco, the Food & Beverage Industry are not civil society 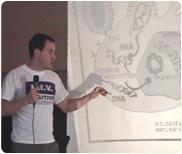 GBCHealth argued that industries that profit from unhealthy products should be viewed as trusted partners and have a seat at the table during public health negotiations.
This is an open letter in response to the article at bottom of page.

I am writing to you to voice the most strenuous objections to the Point of View published on the Global Business Coalition for Health’s website, which dares to equate the long struggle for the rights of people with HIV/AIDS and our quest for a seat at the table in decision-making that affects our lives, with the right of the food and beverage industry to participate as civil society during this week’s UN NCD Summit.

Though the GBCHealth has had a long history of working on HIV/AIDS, I would have thought that you would be able to distinguish the fight for civil, social and economic rights of people living with AIDS, many of whom are from marginalized groups, such as drug users, sex workers and men-who-have-sex with men, from pushing corporate agendas, whether they are those of big pharma, big tobacco, or big food and beverage.

Please. Equating Nestle or Coca-Cola with people like Gugu Dlamini who lost her life when she revealed her HIV+ status in South Africa, or with the hundreds of now-dead activists who fought big pharma to lower drug prices, secure access to generic drugs, or get the prices down on brand-name ones, is like spitting on all their graves.

It is an abomination.

Big pharma, big tobacco, big food and beverage are not on my side’not until they stop trying to kill generic production of ARVs and drugs for NCDs (i.e. Novartis’ continuing attempts to mess with the Indian patent law and access to Glivec); stop selling and promoting cigarettes anywhere on the planet; and until they stop pushing sugary and fatty crap on people around the world with their barrages of advertising and franchises across the globe.

I want these companies to do the right thing. Most of the time when they do so, it is because they are forced to by pressure from activists, not because they’ve sat down and made polite agreements at some UN meeting. The attempt to justify corporate participation in the UN NCD Summit is simply a travesty of the notion of civil society, it is an attempt to promote a corporate agenda by invoking my history, and the work of colleagues around the world.

You do NOT have my permission.

At this UN Summit, NCD activists see how big pharma and other corporations, in league with the USA and the EU, are trying to roll back generic access to vital medicines, promote corporate interests
over the public health.

As an HIV-positive  person, I stand with my fellow patients, with heart disease, with cancer, with diabetes, with other NCDs, with TB, malaria and other infectious diseases–we want generic access to drugs, increased national funding and donor support for ALL health, and real
targets for key health interventions.

You’ve all tried to divide and conquer us–but it’s not going to work this time.

* Gonsalves has been HIV-positive since 1995 and has been a leading HIV/AIDS activist for more than two decades. He has been studying at Yale University and is currently an Open Society Foundation fellow examining how the response to HIV became a catalyst for broader political change, including improvement in other areas of health and development, education, and human rights.

This is the article Gonsalves is responding to: http://www.gbchealth.org/asset/business-and-the-ncd-summit–a-point-of-view/?category_filters=53
ARTICLE
Business and the NCD Summit: A Point Of View
Pam Bolton, VP Membership & Advisory Services, GBCHealth

The global health spotlight is about to shine brightly on non-communicable diseases, as world leaders gather for the United Nations High Level Meetings September 19 and 20 here in New York
City’the so-called NCD Summit.

Literally years of effort and preparation by health advocacy groups and other stakeholders around
the world will now culminate in the frantic final weeks of debate and document mark-up.  Inevitably, frustrations will surface.  Will the global community capitalize fully on the opportunities presented by this brief moment in time?  And most importantly, will talk translate
to action?

Controversy has arisen around this Summit’the first such health-focused UN session since that dedicated to HIV back in 2001’and some of the discussions have been quite prominently reported and editorialized in such leading medical journals as the Lancet and BMJ.

One commentator asks, referring to food and beverage producers, ‘Should the industries that profit from unhealthy products be viewed as trusted partners and have a seat at the table during public health negotiations?’

At GBCHealth, we say, resoundingly, yes.  Companies must have a place at the tables where their future is discussed.  In the global HIV/AIDS community, we have made it a core value that those living with and affected by HIV must have an opportunity to make their voices heard when decisions are taken that affect how (and whether) they can live their lives and maintain their health.

Companies, too, have a stake in these discussions.  These unique moments are precisely the occasion when their voices should be heard and their expertise tapped.  If actionable and results-oriented agreements are the goal, business needs to be at the negotiating table.

Tobacco is in a league of its own’unsafe at any speed.  But take the example of food products.  If the makers of those products don’t reformulate them’to cut salt, to oust saturated fat’who will?
Legislation has a role to play, but to yield the greatest result regulations must be complemented by incentive-based approaches. And consumers must weigh in.  As the history of HIV treatment access
teaches us, achieving durable change is all about revising societal expectations.  Telling business what we need and expect.  Companies can be a powerful force for positive change in the world.  Rather than sideline them, the global public health community should harness their
power.

At GBCHealth, we believe that companies have unique knowledge and capabilities to bring to social issues.  They can and must be part of the solution.

At a recent international TB conference, some doctors suggested countries with weak health systems should not be allowed to use new TB drugs, although the old ones are ineffectual and cause deafness. Thankfully, South Africa is leading the world in treating drug-resistant TB. 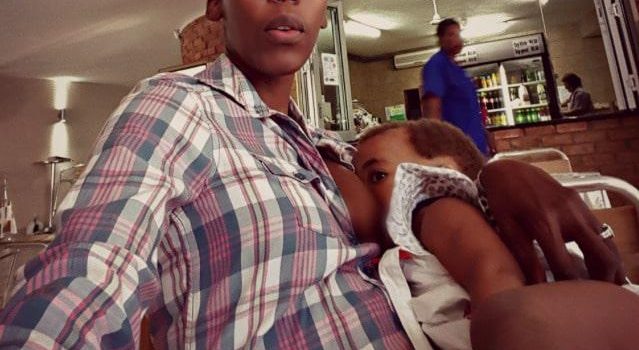 Doctors Without Borders (MSF) is calling upon governments to put an end to the secrecy that rules in the field of pharmaceutical products when they meet this week at the World Health Organisation Fair Pricing Forum to discuss access to essential medicines.