Home » Global war on tobacco far from over 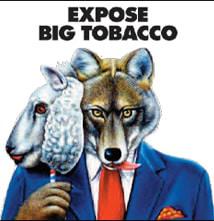 While anti-tobacco legislation and campaigns have increased globally, there is still much that needs to be done to stop the six million people from dying due to smoking cigarettes or second-hand smoke every year.

The 2011 World Health Organization (WHO) Report on the Global Tobacco epidemic found that countries are making significant, measurable progress in implementing large, graphic health warnings on tobacco packages and other proven measures to reduce tobacco use, the world’s leading cause of preventable death.

More than 10 percent of those who die due to exposure to tobacco are non-smokers. 1 in 5 deaths in the United States are due to tobacco exposure. This equates to 443000 preventable deaths every year.

The WHO report also found that more than one billion people in 19 countries are now protected by laws requiring graphic health warnings that cover 50 percent or more of tobacco packages, up from 547 million people in 16 countries in 2008.  The United States, Mexico and Peru are the latest countries to require large, graphic warnings.

However, the Campaign for Tobacco Free Kids states that the report also contains the troubling news that too many countries still are not doing enough and must step up their efforts in order to reverse the tide of a tobacco epidemic that will otherwise kill one billion people worldwide this century. ‘There is no time to waste because the tobacco industry is aggressively targeting low- and middle-income countries with its deadly products and has intensified its opposition to tobacco control measures around the world,’ said Mr Matthew Myers, President of Campaign for Tobacco-Free Kids

‘Large, graphic health warning labels on tobacco packages are an essential component of a national strategy to reduce tobacco use. Research from around the world has shown that large, graphic warnings are most effective at informing consumers about the health risks of tobacco use, motivating smokers to quit and discouraging non-smokers, including children, from starting,’ says Myers.

Other findings in the WHO report include:

·                 In the past two years, 23 countries with a population of nearly two billion people have aired strong mass media campaigns about the harmful effects of tobacco use.

·                 Twenty-six countries and one territory now have tobacco taxes that constitute the recommended minimum of 75 percent of retail price.