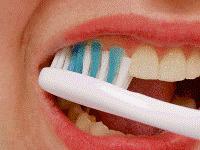 Regular visits to your dentist can help you keep your teeth bright and shining. They can also tell you about the state of your general health, as poor oral health may be an indication of your overall health.

In an ideal world people should visit a dentist about twice a year for general check-ups, without having to go for some specific reason like a tooth-ache or a loose tooth.

‘It’s not just the teeth.   It’s the health of your whole mouth, which includes your gum, tongue and your lips as well. That is, basically, what oral health encompasses’, says Dr. Jeff Michelson of the South African Dental Association (SADA), emphasising the importance of looking after one’s oral health.

He says the most common problem people have with their oral health is actual tooth decay and gum disease, a condition which leads to the loosening of teeth, bleeding and painful gums.

‘The causes of both of them are basically the same.   They are diseases or conditions that are caused by the presence of plaque on the teeth and gums, which, either cause tooth decay or can damage the gums’, says Dr. Michelson.

He added that people must not think of the mouth as an isolated part, but rather as an important part of one’s body that needs to be kept in good health.

‘Oral health is an extremely important part of general health. So, if you have problems with your teeth or sores in your mouth, it could cause other illnesses or it could, in fact, be a sign of other illnesses in your body’, says Dr. Michelson.

Dr. Michelson says bad breath is another problem that a lot of people present with when they go to a dentist.

‘In a lot of cases, people say: ‘But I clean my teeth thoroughly twice a day’.   But, actually, they don’t clean their gums and teeth as well as they think they do.   If one has an infection in one’s sinuses or in one’s throat that can often also cause bad breath’, he says.

He also gave a word of caution to young people who like to pierce their tongues.

‘The South African Dental Association is very much opposed to tongue piercing for a couple of reasons. Firstly, one fairly often sees that the tongue can, in fact, become infected in the area the stud is placed and the stud or whatever you had put on the tongue, actually rubs up against the teeth and can, in fact, damage the teeth’, says Dr. Michelson.

While people of any age can experience oral disease, the elderly are at most risk.   This is part of the reason Dr. Jeff Michelson visited elderly citizens in Diepkloof, Soweto, recently, to talk to them about oral health for the elderly.   Eighty-five year-old Dolly Zikalala was one of the attendees. All her teeth were removed in June, this year.

‘I now know what to do [to keep my mouth clean] even though I don’t have teeth.   I plan to get teeth’¦ I want to smile better and eat better. Right now I can’t eat an apple’¦ I have to grate it. But I don’t want to grate it. I want to bite it and chew’, says Dolly Zikalala.

‘You know dental health’¦ I actually took it for granted all along. I’ve had to replace my teeth and I now have dentures. I learnt a lot about how to look after my dentures. I didn’t know anything. I just used ordinary water and put my dentures in there’, says Silas Seiphemo.

Seiphemo says he was shocked to learn that one can even get oral cancer. Oral cancer can form in any part of the mouth or  throat. Its risk increases with age and smoking.

‘Normally, people take their mouths for granted. We use our mouths for talking and eating, and it’s not often we feel pain in our mouths like when you have a painful headache, stomach or legs.   The most important thing that we also learnt is that there is also cancer that can emanate from not looking after your dental health. That shocked me, you know’, says Silas Seiphemo .

According to Dr. Michelson poor oral hygiene, smoking, heavy drinking and ageing are some of the causes of oral cancer. He advised people to look out for symptoms such as chewing problems, mouth sores, pain with swallowing and speech difficulties.