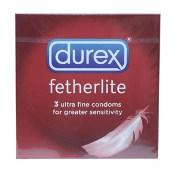 Are sexually active South Africans heeding the call to use condoms correctly and consistently to protect themselves from HIV and other dangers?

Barriers to condom use

Many South Africans do use protection, but there are still challenges with the use of condoms in certain communities, according to Dr Khangelani Zuma, Research Director of the HIV/AIDS programme at the Human Sciences Research Council.

‘The rate of condom use differs with age groups. One of the big problems we have is that even if condoms are used, they are not used consistently, especially in long-term relationships. People begin to trust each other without under-going an HIV test. There are a number of people having unprotected sexual intercourse without knowing they are infected with HIV. Hence, we need to encourage people to test for HIV and know their status and use condoms. So, rates of condom use are improving, but consistency is the problem’, says Dr Zuma.

He adds that more young girls, compared to boys, tend to have sexual relations with people who are much older. Because of the age disparity between them and their sexual partners, they are at a disadvantage to negotiate safe sex.

‘Young boys between 15 and 24 years of age report multiple partnerships, but their rates of condom use are much higher. That is what contributes to the difference in HIV prevalence because what we see among young girls from age 15 to 24…their HIV prevalence is almost four times higher than boys within same age group. Their HIV prevalence is comparable to men who are 10 years older than them. Young girls sleep with older men and there is s a lack of condom use in those relationships. This is what is called inter-generational sex’.

‘The risk of HIV transmission in that type of relationship is much higher. It is much harder for young women to negotiate safe sex or condom use when they are having sexual intercourse with men who are five or 15 years older than them. So, we need to target this age group and face the issue of inter-generational sex and encourage condom use, especially in those big age disparities’, Dr Zuma explains.

‘Some of these women are silly because they pop the condoms while knowing their HIV status. Usually, we are at work when we stop for a break, and when a woman approaches you, you automatically think it is obvious of them to carry a condom’, Paul says.

‘They opened the packet long before sleeping with you and damaged the condom. And, then you sleep with them using that very same damaged condom unaware because it’s dark and you thought it was safe’, he adds.

Paul boasts that he has multiple partners and says he no longer sees the significance of using a condom because of his HIV-positive status.

‘If you have four girlfriends, for example, and you sleep with one, then she infects you with HIV, you won’t know which one infected you out of the four. So, you will end up sleeping with all four without condoms. I am not interested in having a steady relationship with women anymore. I have lots of girlfriends out there. As long as I am positive, I don’t see the need to have one partner – not unless by some miracle I test one day and it comes back negative’, says Paul.

The issue of Paul is one of many that Sonke Gender Justice Network, a health programme aimed at creating health awareness among men, is concerned about. The organisation’s Mbuyiselo Botha believes that when men start changing their behaviour we will see a change in the pattern of HIV.

‘There must be a centered role that men continue to play and that role is men talking to other men. Doing work with HIV will not succeed until we involve men as agents of change’.

Botha laments that some men like Paul still don’t use condoms. But, he says, the perception of the majority of men regarding the use of condoms has changed.

‘There is a heightened level of men who know that using condoms is about their safety.

There is willingness from men to talk about using condoms and navigate their thinking. There is an understanding that condom usage is about ourselves… it is not only in the interest of women, but us as men’, says Botha.